By Jessica Ariel, University of Miami

You’re young, beautiful, sexy, and hey, the guy is only human, but if you ask me marriage is supposed to be based on something more than just sex, right? –Lindsay Lohan, The Parent Trap.

Well, I suppose it’s good to know that eleven year olds have the secret to successful relationships down; it’s certainly more than we can say for the sexiest man in Bachelor history, 31 year old Jake Pavelka.

Watching the seemingly most perfect woman ever created for this man, walk away round diamond ring-less (I have to say I preferred Vienna’s princess-cut), crying hysterically, definitely raised eyebrows. The reason he sent her packing? No spark.

For those of you who have seen He’s Just Not That Into You, Justin Long’s character disputes the existence of this so called “spark.” Citing it as a man’s way of manipulating women. Whether that’s true or not, I do understand what he’s saying, some people turn you on and some people don’t. And as Jake made himself pretty clear to Tenley during their final date, she just wasn’t able to flip that switch.

Fine Jake, we can possibly empathize. However, while their physical connection lacks, he does say he feels an extreme emotional attachment to her.

Now, let’s look at it this way. Play the imaginary sex game with me if you will. Don’t pretend like you don’t know it! It’s the game where you count all the people you would have sex with based solely on who you see coming towards you. So, you’re walking down the street, your eyes cross over to the cutie approaching from the opposite direction, you continue staring even as he starts to pass you, wow he’s gorgeous, you can’t even stop yourself from thinking it. Congratulations you’ve just added a tally to your list. How many times does this happen a day? Depending on where you are, it could range from once or twice to hundreds of times (if that’s ever happened to you please inform us immediately of where exactly that place is 😉 ). Now, let’s play the imaginary emotional connection game. You’d be correct if you assumed such a game doesn’t exist. What does this tell us? Could it be that it is easier to find someone you are physically attracted to than you are emotionally attracted to? Yeah! That’s generally the easy part!

So, getting back to our example. Jake has found this beautiful woman, sweet as sugar, whom he shares this scared “you-can’t-just-look-at-someone-and-have-it” bond. He just doesn’t feel that heat.

Let’s take a look at Vienna. I will say this for him, watching Jake kiss Vienna, versus watching him kiss Tenley is an entirely different experience. You can practically feel the passion coming off of the screen during his kisses with Vienna. So, okay, okay, the natural chemistry you have with someone is important. And for some reason they had very obvious, in your face, natural chemistry. Sex, is most definitely essential. If you don’t have a physical connection with someone, is it even possible to maintain a healthy relationship? Absolutely not. We can’t completely overlook this. But, woah woah woah Jake, you’re not off the hook just yet.

He admitted his emotional connection with Vienna wasn’t as strong. So my guess is that he felt because the physical was so intense, the emotional would follow suit. Now lets say that never quite happens, and for arguments sake one day Jake and Vienna wake up and the passion’s just not quite the same. What are they left with? Small talk about what to eat for breakfast or which surviving Bachelor couple they should invite out to dinner that night? Okay so I’m exaggerating, but you get the idea.

So obviously our little Bachelor love triangle is serving as a perfect example for a problem that seems to arise every so often. Men say, they are searching for a Tenley, but still always seem to choose the Vienna. In other words, guys want to find a girl they can connect with on an emotional level, but when it comes down to it, they often choose, for lack of a better expression, the girl who’s better in bed. 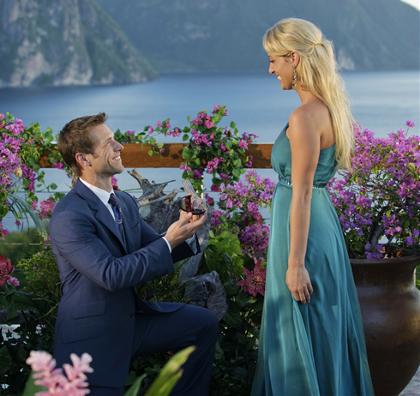 As girls, I think we are expected to be flabbergasted and annoyed by Jake’s decision. Oh, obviously he shouldn’t have chosen Vienna, he made the worst mistake of his life, and he’s going to regret his decision. But, we’d be hypocrites. How often do you hear a girl say, I just want to find a nice guy… but instead they end up falling for the one who’s the most likely to break their hearts? How many times did Carrie go back to Big? They don’t always change the way he did either. We go against what’s best for us. But before you think I’ve totally and completely contradicted myself, it’s fine to experiment; it’s fine to go for the guy you know your parents won’t approve of, if it’s just a fling. Well, and if you are prepared to face the consequences. Yeah, sure, do it up, have fun, go for the Vienna. However, when looking for a permanent companion, guys… stick with the Tenleys.

The Nerd’s Word: Take the Lead in the Classroom and Become a TA

Did "The Switch" Turn On for Moviegoers?