It is one of the most pondered questions of our time. Some of the world’s greatest mathematicians have attempted to solve the equation, and scientists have debated the mystery for hundreds of years. Up until now, every forward step led to a dead end. But now, new evidence has come to light, and we believe that we may have the answer to the oldest quandary known to man. See the puzzle solved after the jump. 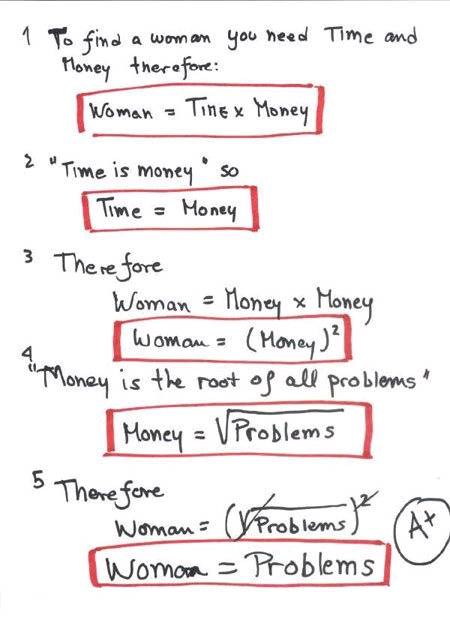 Yep, I’d give him an A+ also. So it turns out that men would be much better off without women. We’ll just all need to invest in more realistic fleshlights…

If you enjoyed this article then check all of these:

Movies That Used to Be Scary, But Now They Suck …..(DJ Mick)

Send Christmas Cards for Stoners in Jail ……(Toke of the Town)

Dumb Advice in This Month’s Cosmo