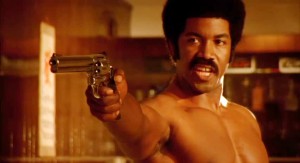 The gang at The Campus Socialite have a February tradition: Every year we celebrate black history month by running a marathon of movies starring our favorite African-American actors, and now we’re going to share all of them with you. So without further ado, here are the 10 most badass black actors. 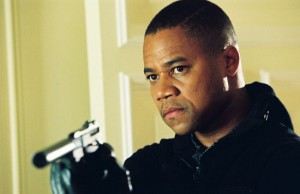 Growing up in the Bronx is badass in itself, but Cuba Gooding Jr. definitely fits the title. Starting with Boyz n the Hood, Gooding Jr., continued to play valuable roles in various influential movies including Men of Honor, Rat Race, Snow Dogs, American Gangster and Radio. I personally believe Radio, which is based on a true story, is Cuba’s strongest movie. He plays a mentally challenged young man James Robert “Radio” Kennedy who head football coach Harold Jones brings under his wings. 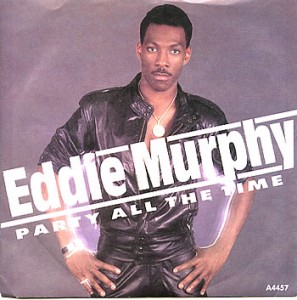 Did you know that Eddie Murphy ranks as the highest grossing film star in history? For that alone he deserves a spot on the most badass actors list. You probably know him from Dr. Dolittle or as the voice of donkey from Shrek. He also created Nutty Professor 1 and 2, in which he played the main character Sherman Klump, and his split persona Buddy Love. In both Nutty Professor’s, Eddie Murphy perfectly played the roles of the six remaining members of the Klump family. 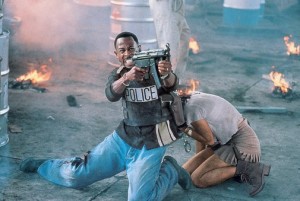 Mr. Bad Boy himself, Martin Lawrence gained much of his fame from his own television series, Martin. He has been in numerous movies including the Bad Boy series, Big Momma’s House 1 and 2, Bluestreak, Blacknight, Rebound, National Security, College Road Trip, and Death at a Funeral. My personal favorite is National Security in which Martin plays Earl Montgomery, a crazy, yet loving individual. When Earl finally competes his dream of becoming a police officer, he runs into many obstacles that help make him an official badass. 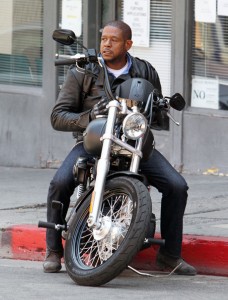 Not restricted to movies, Forrest Whitaker gained a lot of his acting experience from television. He was the host and narrator of 44 new episodes of The Twilight Zone. He also appeared in Season 5 and 6 of The Shield and various other television shows including ER, Criminal Minds and American Dad. Along with television, Whittaker has been a long standing presence in the movie category. He won an Academy Award for his performance as Ugandan dictator Idi Amin in the 2006 film, The Last King of Scotland. He also appeared in Even Money, Phone Booth, Panic Room, Vantage Point and Repo Men. 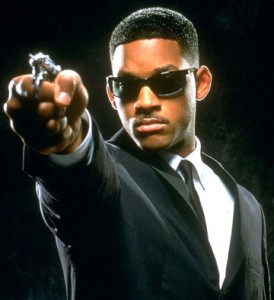 Initially a rapper, he became known worldwide after his powerful acting job on The Fresh Prince of Bel Air. He soon started his movie career and skyrocketed. Will Smith can singlehandedly carry a movie. When I think badass, I look at movies like: I Am Legend, Ali, Pursuit of Happiness, Independence Day, Men in Black 1 and 2, and I Robot. 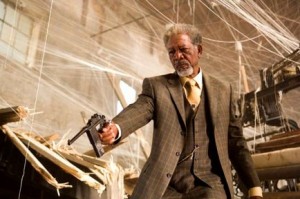 The Shawshank Redemption, Dark Knight, Million Dollar Baby, The Bucket List, Evan Almighty and Invictus are a few of Morgan’s top works. In The Shawshank Redemption, Freeman plays “Red,” a longtime convict who is the only prisoner to initially accept the weird Andy Dufresne. He plays the role of Andy’s companion, helping him through thick and thin, eventually even unwittingly assisting him in his prison escape. 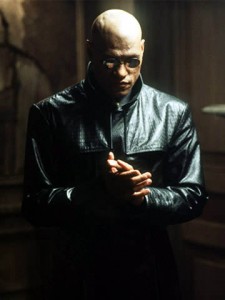 Laurence Fishburne will always be known as a tough guy. Laurence is best known for his role as Morpheus in the Matrix  film trilogy. He also appeared in the television show One Life to Live, and plays Dr. Raymond Langston in CSI. He was the voice of the Silver Surfer in the movie Fantastic Four. Other notable movies he appeared in include Biker Boyz, Bad Company, TMNT and 21. 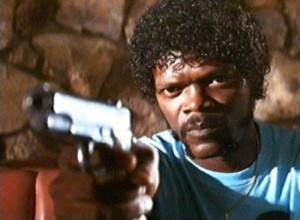 How could you forget about Sam? He usually plays drug dealers and bad guys, and his performance in Pulp Fiction gave him worldwide recognition. Jackson has appeared in over 100 films including Die Hard with a Vengeance, Snakes on a Plane, The Incredibles, as well as the Star Wars prequel trilogy. Sam also played the voice of Officer Frank Tenpenny, in the video game Grand Theft Auto: San Andreas. 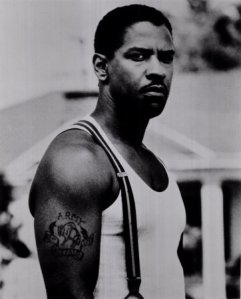 Black, white, or yellow, Denzel Washington could be the most badass actor of all time. From Remember the Titans to American Gangster, every time Denzel steps on the set, he lights it up. Other must see movies starring Denzel include Training Day, Malcolm X, He Got Game, The Book of Eli, Inside Man, The Taking of Pelham 123, and Crimson Tide. 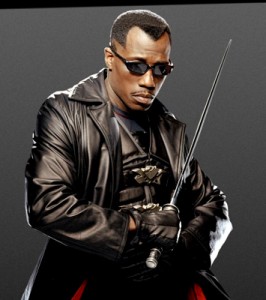 When you think Snipes, you immediately think badass. I will never forget his performance in the Blade movies series, which he also produced. Wesley also has done a standout job in movies like Major League, in which he plays the character of Willie Mays, White Men Can’t Jump, New Jack City, Demolition Man, The Fugitive, U.S. Marshals, Rising Sun and his newest hit Brooklyn’s Finest.

A Shot of Yager: Everybody Hoops w/ Brian Dernulc on NBA trades, Carmelo, and More!