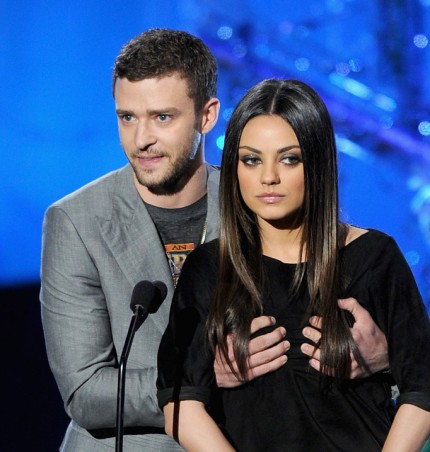 On MTV last night, Justin Timberlake and Mila Kunis groped each other. Rob Pattinson kissed Taylor Lautner. Reese Witherspoon called Pattinson “the best motherfucker in Hollywood.” Jim Carrey wore a green-screen suit. A new award category was presented. Allow me to explain all of this in further detail: the MTV Movie Awards are an annual awards program where fans log on to MTV’s website and vote for their favorite movies and movie stars. The winners are announced and receive golden popcorn as a trophy. The Awards were on last night, and needless to say, some interesting things happened throughout the ceremony.

The Twilight Saga took home a significant number of awards last night, including one for Best Kiss. The award was for a kiss Pattinson shared with co-star and girlfriend (?) Kristen Stewart (who last night was dressed like she wanted to be a Blink-182 groupie or something with safety pins all over her dress, hanging hair, and quite even possibly sneakers on her feet), but when they collected their award for the smooch on stage, instead of planting a big wet one on Stewart’s lips, Pattinson ran back into the audience and got all close and personal with Taylor Lautner. Attractive, Rob. Now you’re a gay vampire. 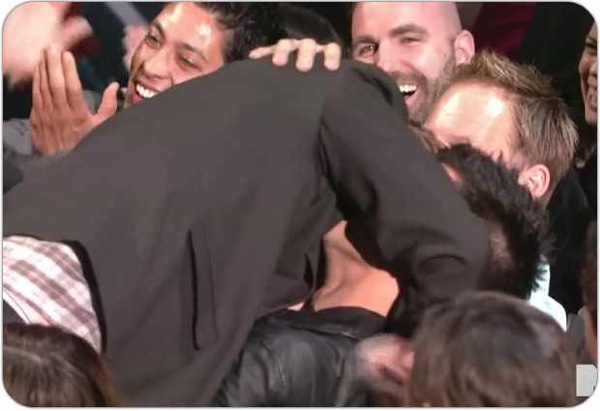 Twilight took home awards for Best Movie, Best Female Performance, Best Kiss, Best Fight and Best Male Performance. I mean I’m no Twilight fan, I’ve never seen Eclipse, but even if I loved the series, that’s most of the awards, and that’s crazy.

Each year, the MTV Generation Award is given to a special actor. Last year, Sandra Bullock took home the prize. This year, the award went to Reese Witherspoon. It was given to her with humor from Patrick Dempsey, who she so classily dumped on the alter in Sweet Home Alabama, Rob Pattinson, who starred in Vanity Fair with her, and more recently, Water for Elephants, and Chelsea Handler, who is just…Chelsea Handler.

Pattinson went on a tangent when the teleprompter told him to “ad lib,” about how in Vanity Fair, Reese played his mother, and then in Water for Elephants, she played his lover, so he learned that as you get older, “it’s okay to fuck your mother.” Someone at MTV probably got a hefty fine for that because it was not bleeped out at all. Ha. Reese got on stage and clarified Rob’s stumbles by saying, “you were trying to say I played your mother, then we had a sex scene, so really you’re the best motherfucker in Hollywood.” Boom. Reese wins. 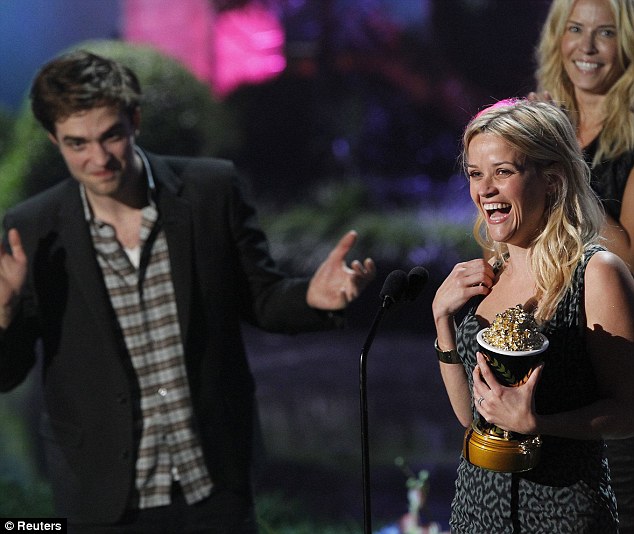 Jim Carrey always finds a way to get obnoxious attention and take it to the next level. The Ace Ventura actor walked on stage wearing a bright green suit. As if that weren’t bad enough, all of a sudden, humping bulldogs appeared across his body. Why, you ask? Because his suit acted like a green screen, and images were projected off of it to the audience and viewers at home. I must say, it was really hard to take him seriously, or even look at his face, with those bulldogs doing their thing on his body. Awkward. 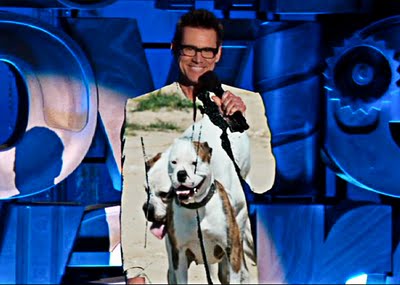 Both Harry Potter and the Deathly Hallows Part 2 and The Twilight Saga: Breaking Dawn released exclusive, first-look sneak peaks at the ceremony as well. I haven’t read either of those books, so I was confused by both previews, but I’m sure there were millions of cloaked and fanged fans on couches everywhere going crazy with anticipation for the new films. TWILIGHT PREVIEW SPOILER: Kristen and Rob have sex and make a baby. HP PREVIEW SPOILER: Voldemort uses the killing curse on Harry.

Also, a new award title was created for this year’s event, “Best Line From A Movie,” and the cute little girl who played Adam Sandler’s daughter in Grown Ups, Alexys Nycole Sanchez, took home that prize for saying, “I want to get chocolate wasted!” She was adorable. 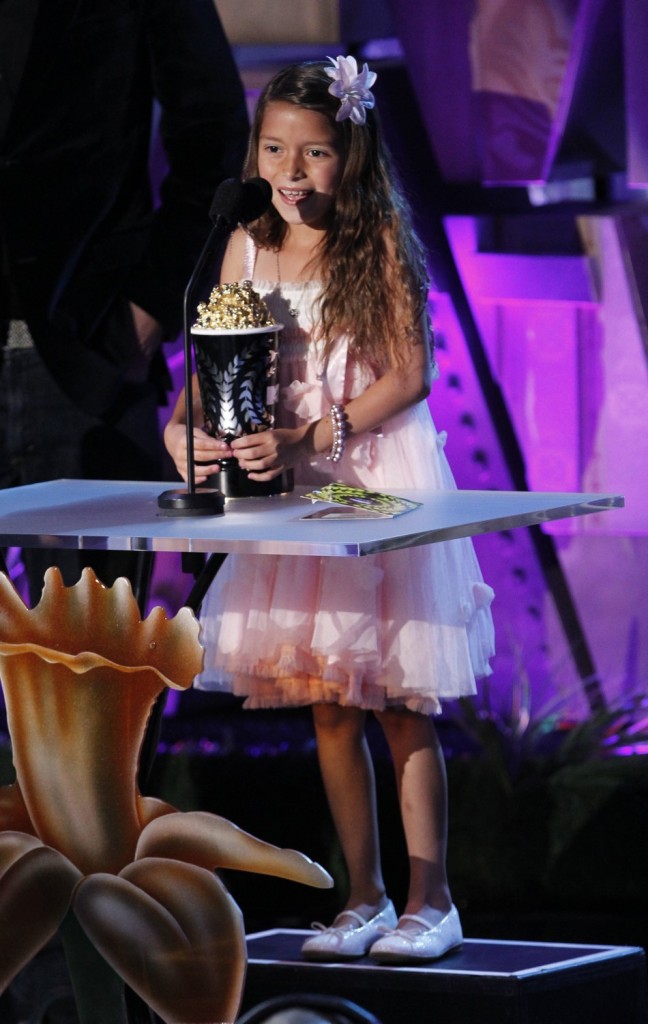 Justin Bieber won Best Jaw Dropping Moment for something in his biopic Never Say Never, even though I truly believe he’s only 12 and shouldn’t have a movie about his life – let alone one with such drama that it’s labeled “jaw dropping.” Clearly I am not a fan of Never Say Never. Somebody else should have won this award, but I don’t know who.

Anyway, all in all, the awards went well. I don’t think Twilight needed to take home 3/4 of the prizes, but I don’t have much complaining rights because I didn’t vote at all for the winners. I was happy to see Trey Songz perform with Lupe Fiasco, since one day I plan on marrying Trey…he just doesn’t know me yet. Other than that, Reese looked gorgeous, Emma Watson, although needing to grow out her hair, looked gorgeous, Josh Duhamel was as sensual as ever, and Patrick Dempsey is in Transformers 3. Sounds good to me.