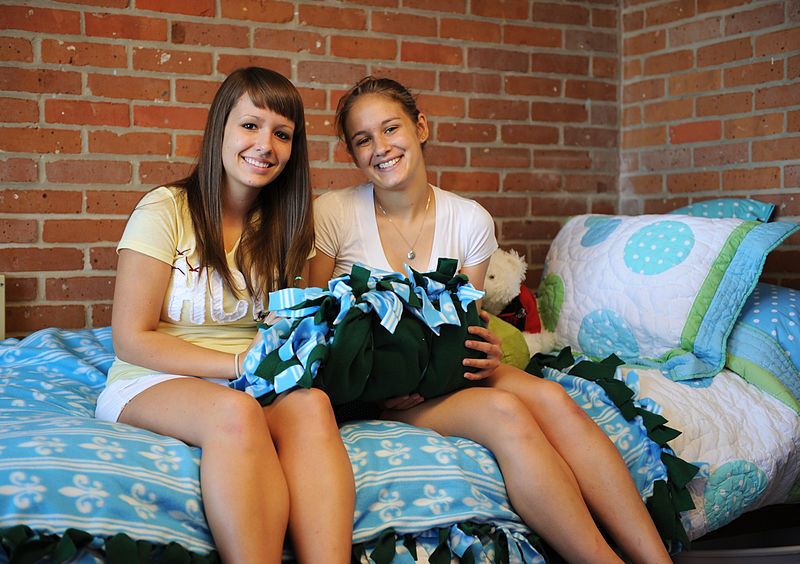 Head lice is just not a popular topic, but it’s something we have to discuss eventually. A college campus is a miniature self-contained city. The population per square mile of campus in some schools is greater than some of the biggest towns in the U.S.

With that said, that means there are a lot of heads in close proximity to each other. If you remember elementary school at all, you know that a head lice breakout is very frustrating, to say the least.

To top it off, they are very easily spread and most of the time you don’t know you have a problem until it’s spread through your entire family. College is no different, but there are a few things you can do to cut down your chances of meeting this unwanted parasite. Below are the top three.

While in college, you will probably share your living quarters with one or two roommates. Sometimes more. As with any living arrangement, there will be routine rules and boundaries for everyone to respect.

One of them should be to make sure that each person has their own hamper for dirty clothes and their own dresser for clean clothes. Any clothing that you need to hang up should be separate from others, as well.

The reason for this is to reduce the chance that head lice will spread throughout your dorm should one of you come home with it. Keeping your clothing separate from everyone else’s will make sure pests don’t have access to you via a new outfit.

This tip will mostly concern the ladies in college. Men, in general, don’t usually share brushes, combs, and headgear, but it won’t hurt to pay attention. Headgear includes hats, scarves, hoodies, pillows, headphones, hair accessories, and anything else that comes in contact with your head.

Also, make sure to stay away from head-to-head contact. This goes for the girly group selfies and the romantic kisses under the stars. Ladies and gentlemen, if your significant other picks up head lice, it’s really not the end of the world, but you may want to reconsider going in for that goodnight smooch.

Exercise Caution at the Gym

While you are young and full of vigor, visiting the gym either to workout on a regular basis with the girls or catch a game of paddle ball or basketball with the guys seems to be the thing to do in college.

It’s definitely not a bad habit to get into. With that said, the gym is not a place that most people think of contracting head lice. While it might be a less common option, it’s still a very viable possibility. In order to keep yourself lice free, we suggest bringing your own towel and having a personal locker in which to store your clothes and other belongings.

Simply using an open locker each visit leaves you open to the possibility that that used the locker before you had head lice and leaving your things in there afterward could leave you open to the pest.

While head lice are an annoying parasite no bigger than an ant, they can cause problems that seem as big as the Titanic. Follow the tips above and greatly reduce your chances of ever having to deal with them.

3 Tips for Caring For A Pet While In College

5 Things You Should Know Before Starting College