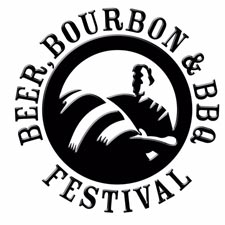 Beer, Bourbon, and BBQ: three of my favorite things in the world that start with the letter “B.” That having said, you can imagine my excitement when I found out there was a festival celebrating all three, and that The Campus Socialite was sending me (i.e. Dan Asulin) to cover it. The 2nd annual festival comes to New York City once a year and provides all in attendance with a complimentary glass, meal ticket, and all the Bourbon, Scotch and Beer they care to taste. George Thurogood would be proud. The Beer is fresh, the Bourbon is aged and the girls are hot, so needless to say, I was in drunken food coma heaven. We all know the feeling. Here’s a little bit of my tale and my personal favorites.

When I got to La Venue,  a charmingly dilapidated New York warehouse in Chelsea, I was greeted by at least a couple of hundred people waiting in line to be let in. Although nobody overtly stated that they recognized me, I couldn’t possibly mistake that glimmer in their eyes as I emerged from my cab. I saluted my fellow Bourbon and Beer fans, waiting outside on this freezing January day, and after cutting all of them (press pass biotch), I was ready to part-take in some much anticipated tasting. 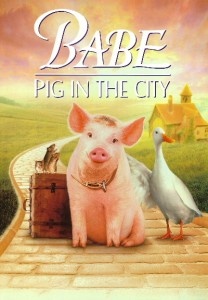 The Beer Bourbon and BBQ fest features 60 Beers and 40 Bourbons. Every Whiskey and Beer company has its own stand where they feature their most popular bottles, hot girls to serve it to you and a company rep to answer any of your questions. The festival also features educational seminars throughout the day discussing all things Beer, Bourbon and BBQ. This years seminars featured Harlen Wheatley, master distiller of Buffalo Trace Kentucky Straight Bourbon and Hugh Sisson, founder of Clipper City Brewing, among others. You could also watch Ben Turley, from The Meat Hook restaurant, butcher a whole pig! I like to think this pig committed some heinous crime prior to the festival such as cheating on his taxes or attempting to ethnically cleanse the farm he lived on but I decided not to ask any questions. I was later served a handful of said pig by a butcher with blue gloves on. It tasted like tears.

Needless to say, I tried many Beers and Bourbons at the festival. Some of the many Bourbon companies with tents were Maker’s Mark, Bookers, Knob Creek, Basil Hayden’s, and Highland Park which is actually a company that makes Scotch and was at the festival inexplicably (there was a Mike’s Hard Lemonade tent too…go figure). Some of the beers featured were Urthel Hop-It, La Trappe Quad, Ithaca, Speakeasy Ales, and Steen Brugge. I would love to talk about all of them but unfortunately I don’t get paid for this. Instead I will list my favorite Bourbon, favorite Beer, and Lady’s Choice (the one my girlfriend liked). It should be noted that upon reviewing my notebook, it seems that my comments become more positive and exemplary as time goes on. My handwriting gets worse too. I have no idea why this could be. 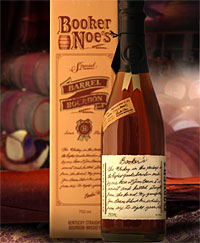 My favorite Bourbon was definitely Booker Noe’s. It should be noted that Bourbon is a type of Whiskey made exclusively in America. It is made from a mixture that is mostly corn which differentiates it from Scotch Whiskey which is mostly barley. In 1989 Booker Noe, grandson of Jim Beam decided to make his own Bourbon that would be uncut, unfiltered and bottled straight from the barrel. Each barrel is hand-selected by master distillers as are the ingredients that are used in the process. Each batch is around 127.4 proof, but because of the organic, straight from the barrel process, they are all slightly unique. The first taste of Booker’s Bourbon is that hot burn that whiskey drinkers grow to love, but it finishes sweet and almost caremelly. It is great for a frequent whiskey drinker, but because of it’s smooth taste and drinkability I would recommend it to novices as well. Serve neat or with one ice cube. Any more would be a sin. 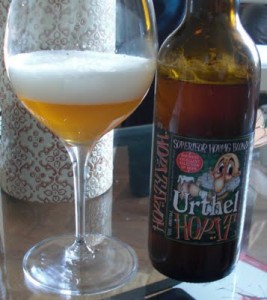 I loved just about every beer I tasted, but my favorite was definitely Urthel Hop-It. Beer is made from four ingredients: hops, malts, yeast and water. Anything else is considered extra flavoring. Generally speaking, hops are what add the bitter flavors to Beer and malts add the sweet. Urthel Hop-It is an India Pale Ale, a family of beers that are generally very bitter because of their high hop content. This Beer is the exception. From what i’m told by the company rep, Urthel is specially brewed with hops that are dull and mild in order to maintain the characteristics of an I.P.A. while providing a sweeter flavor. The Beer is hoppy and light, but definitely not bitter, and goes down sweet and tangy. From what i’m also told, the Master Brewer was a Physics Major before dropping out of school to pursue his love of Beer. My friend Joe did the same thing but he works at 711. Urthel Hop-It is a Belgian style Beer, brewed in Bavaria and is the first I.P.A. to be brewed there. 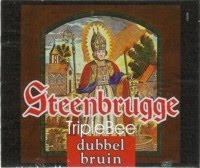 Like most girls, my girlfriend’s taste in alcohol is limited exclusively to drinks containing sour mix. Because of this, I have decided to award the Beer that she liked the Lady’s Choice Award!! This Beer was Steen Brugge White Ale. Steen Bruge is another Belgium Beerand dates backs to the 1080’s when it was brewed in a monastary. The land is still used for brewing purposes and a portion of its proceeds go to maintaining said land. The Beer is also named for the Patron Saint of the region. The original brewers did not use hops but American law requires them to so the minimal amount is used. The beer is mostly brewed from herbs and spices, which gives it a very unique flavor. I’m told the bottle is “really cute” too. Sorry Steen Brugge. 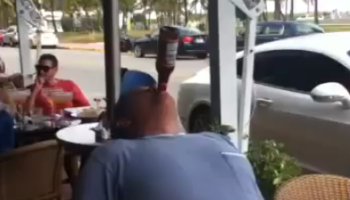