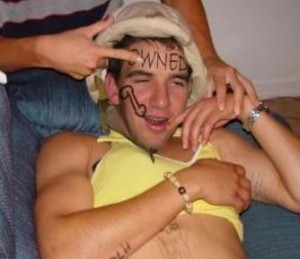 Nowadays, less and less college students go to church – philosophy classes make believing in a higher power rather difficult. But with a college student as God, the ‘body of Christ’ would take the form of a potato chip, and 4Loko would replace wine as the ‘blood.’  Students could just walk into church to pray to do well on that chemistry exam they never studied for, and walk out wasted and carefree. 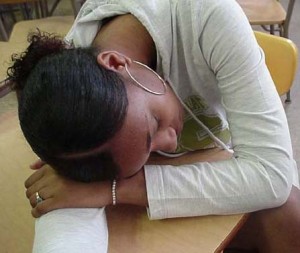 With a college student as God, “Thou shalt not take morning classes” would be the first item on the FIVE Commandments (College Student-God was too lazy to write ten, so he increased the margins and changed the font to size 14), and colleges would have to eliminate their repulsive early classes in order to meet the religious needs of their students.

Punishment for the Wicked

College Student-God would make sure there is a special spot in Hell for the people involved in removing caffeine from 4Loko. Same goes with whoever is in charge of figuring out college tuition prices. Oh, and all you professors who think it’s cool to have surprise tests throughout the semester? Don’t expect to walk through the pearly gates either.

Tons of Sex Before Marriage

There has always been one major flaw in the Bible – people are expected to wait to have sex until after marriage… and then are expected to never get divorced or cheat on their spouse. Meaning you are only going to bump uglies with one person your entire life. If they suck in the sack, you’re screwed. With a college student as God, one-night stands and frequent hook-ups would be allowed – and encouraged.