With Memorial Day weekend approaching, there is no better time than the present to pay tribute to the men and women who gave their lives for our country.  The holiday commemorates all of those who have made the ultimate sacrifice for the U.S. flag and although I cannot name all of them individually, I will do my best to honor their memory by doing what The Campus Socialite does best – connecting them to our readers on a more understandable, personal level.  Each of our fallen soldiers was a hero that exemplifies the qualities of the following stars of the silver screen battlefields. 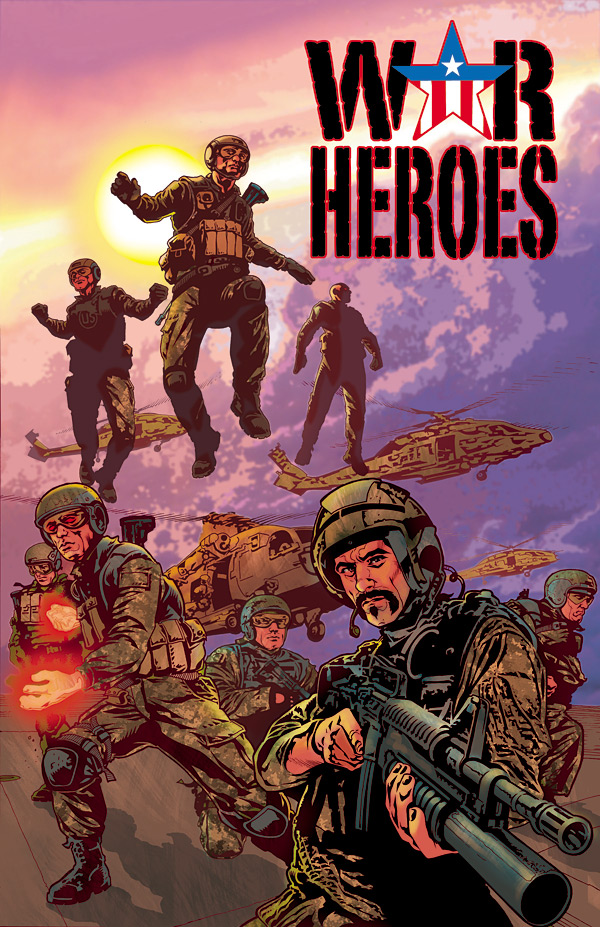 10. Ben Affleck as Rafe McCawley in Pearl Harbor (2001) Although this movie caught a ton of flack from critics, Ben Affleck did do a fine job playing courageous U.S. fighter pilot Rafe McCawley, who volunteers to fight with the British Royal Air Force during World War II before the United States has even entered the war. Shot down overseas and presumed dead, Rafe makes his way back to the U.S. base, Pearl Harbor, which is attacked by Japanese forces. Rafe takes to the skies to defend the base on a day that will live in infamy. Selected as a member of Doolittle’s Raid on Tokyo, McCawley sacrifices his life saving a friend.

9. Clint Eastwood as Gunnery Sergeant Thomas “Gunny” Highway, Heartbreak Ridge (1986) A veteran of both the Korean and Vietnam Wars, Clint Eastwood plays Gunny, a decorated soldier built for war, but nearing his mandatory retirement. Given one last assignment, Gunny is commissioned to train a group of deadbeat recruits, which he soon turns into fine-tuned soldiers. Gunny and his men are given a chance to show their worth in the invasion of Grenada.

8. Steve McQueen as Hilts in The Great Escape (1963) Steve McQueen plays Capt. Hilts “the Cooler King,” a soldier captured by the Nazi’s during World War II. The Nazi regime has built an escape-proof prison during World War II, to hold the likes of Hilts and other prisoners too deft at escaping capture. Of course this doesn’t stop Hilts and a group of 70 prisoners from staging and executing a huge prison break. Fifty of the men and captured and executed. Hilts too is captured and leaves us in solitary confinement tossing his beloved baseball.

7. Bruce Willis as Lieutenant A.K. Waters, Tears of the Sun (2003) Bruce Willis plays Lieutenant A.K. Waters, a man whose mission is to extract U.S personnel from a small hospital that becomes endangered from a violent coup in Nigeria. Though the mission only applied to U.S citizens, Waters successfully rescues all hospital patients and relocates them to safety in nearby Cameroon even as it endangers the men since it slows down the mission dramatically.

6. Denzel Washington as Pvt. Trip in Glory (1989) Denzel Washington, in a Oscar winning role, plays an escaped slave named Trip. A newly free man, Trip returns to a life of orders joining the first all black regiment in the Civil War. Scarred and reluctant to fall in line because of his abused past as a slave, Trip and the rest of the regiment eventually form a strong bond and unit before charging the impenetrable Confederate Fort Wagner where most of the men are lost.

Check out The Campus Socialite tomorrow, for Part II of our list of Hollywood’s Finest War Heroes.