It doesn’t matter what class level you are in college, one thing that brings a lot of us together for a few hours to have a hell of a good time is a party. It can be a club party, house party or even a dorm party. the best thing about parties is that you can start throwing down on Thursday and depending on when you have classes, you don’t have to end until Sunday night. We all know that depending on what town you are in, many bars are not open until 4AM. There are instances in which clubs are open until 2AM, lucky if we even get until 3:30AM the latest. So the party is over, whether is was great or a total flop, the night is still young and you are not tired.  What are you to do? Just keep on looking for the action and we will be sure to guide you.

If you are around a group of friends, one of the best things you can do is take a page from the Jay-Z ‘s “Fiesta (Remix)”:  “after the show is the after party, after the party is the hotel lobby”. Ok so your dorm may not resemble an upscale hotel lobby, but you can make the best of it. You guys can go into one of your friends dorm room and just chop it up. Hang out and talk about the party, from what you liked to what you disliked. You guys could even have a little mini-after party in your room, just bust out a radio and play some music. If you do not want to go through all of that, for the legal ones out there, try going to bar. For the minors, try going to an after hours house party if there is one taking place. 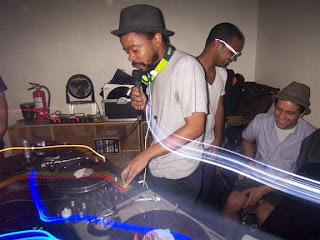 Another thing you can do after a party is go ahead and take a walk on the wild side. Now, you probably met someone at a club and maybe exchanged numbers. If the sexual chemistry is good enough, you probably end up around the person all through the night. Once that party is over and done with, you guys just have one thing in mind. Whether there are strings attached or not is up to your discretion. I am not one to judge but there is nothing wrong with getting it in after a party to relieve some stress or to give off some more energy. Just make sure that you do it in a safe manner and you are not under the influence. Even if you do not meet someone at a party and you have a significant other or a mess around, you can wrap up your night by doing what you guys do best – there is nothing wrong with that.

Now the last thing you can do (and this one is one of my personal favorites). – go and get some breakfast or some late night food with some of your closest friends and peers. No, I do not mean cook a breakfast feast and dinner for fifteen. Take that drive down to Denny’s, IHOP, or a fast food restaurant that is open twenty-four hours. You can probably even go to a store if there is one open and just get you some junk food to fill up your belly. You are satisfying your hunger while spending some time with people at the same time.   If you and and your friends do not come to an agreement on where to dine, it doesn’t hurt to road trip in the food world (just make sure your friend is ok with wasting his or her gas in the event you cannot walk to these locations).

There are many people that just go straight home and just go to sleep at the end of a night. There are others who just watch TV or occupy themselves on their laptop until their eyes drop. It’s the weekend for crying out loud! After a long week of school work and other stressors, it is healthy to out and party. Stop being so ordinary and save every moment while you’re at college, it won’t last forever.