Will Smith and Tommy Lee Jones are returning as agents J and K, respectively, in Sony’s Men in Black 3D (yes, in 3D).  It was announced last October that Tropic Thunder writer Etan Cohen had been hired to write the script for the third installment. 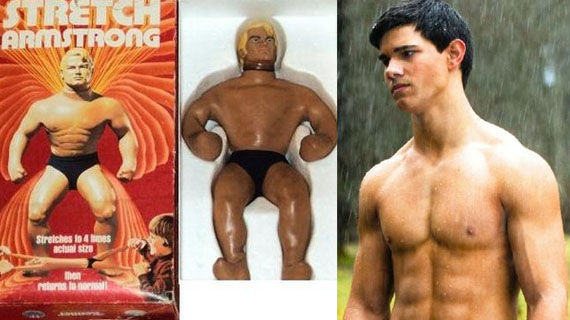 The prospect of the Stretch Armstrong movie starring Taylor Lautner just got a hell of a lot more appealing. Entertainment Weekly is reporting that Nicholas Stoller, the director behind Forgetting Sarah Marshall and the upcoming Get Him To The Greek, has signed on to direct the film along with Rob Letterman, who gave us last year’s Monsters vs. Aliens.  You might be wondering what direction this movie will take.  Good, because so am I.  I have no idea how Lautner will fit into what’s obviously becoming a comedic take on the material. But seriously, thank whatever deity you prefer that they’re taking it in this direction. Up until this point I was imagining a Stretch Armstrong movie done in the style of G.I. Joe and Transformers, full of action scenes and explosions. Now, at bare minimum, we’ll get a goofy story about a kid whose arm can stretch real long. Granted it could still turn out terrible, but at least it might be an original kind of terrible. Or who knows? For the first time Lautner might show up in a movie that’s actually worth your time.

Because you may not have learned that by watching today’s very strange, very funny trailer, a little bit about HIGH School. The film stars Sean Marquette and Matt Bush as two childhood friends forced to reunite when the nerdier of the two gets high the day before his school implements mandatory drug testing. The only solution? Get the entire school high so that everyone fails the drug test. The movie is packed with small, hilarious performances by actors you recognize, including Michael Chiklis doing his best impression of Jeffrey Jones in Ferris Bueller’s Day Off as the obnoxious principal, and Adrien Brody as the most paranoid, intense and terrifying drug dealer you’ve ever seen.

The Nerd’s Word: The Blueprint for Buying Textbooks 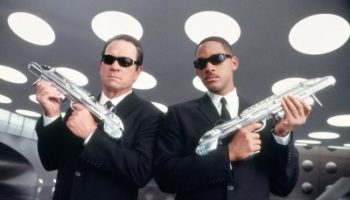 "The Twilight Saga: Eclipse" Review – Something In It For Everyone!

For The Seniors: Life After College Isn’t So Bad…