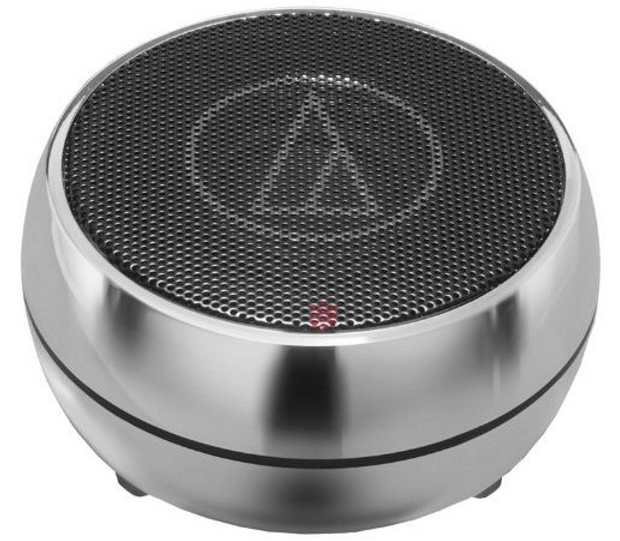 Not everyone has a Frat house with surround-sound speakers. With an impromptu, small-space party sometimes you need big power in a little package. That’s why when we found this baby, we knew we just had to share it. The Audio-Technica AT-SPG50 is an adorably sized metal disk, that looks as harmless as a transistor radio. Plug it into your iPod though, and throw on some Beats, and the cops will be beating down your door faster than you can say DeadMau5.

Letting your Macbook, or worse, your iPod dock DJ your party is so 2009. If you want to seriously make some noise, you need something with some serious power. The AT-SPG50 has a built in amplifier capable of producing massive amounts of Bass while maintaining the highest quality sound. It also has a 29 hour life span and sits comfortably on any flat surface in the room with it’s mere 3.5 inches of diameter. This thing is worth it’s weight (135g) in Purple Haze (not that Mexican Brick Shit), but you can get one at AudioCubes.com for $80. We just hope your neighbors are cool, because they’ll be hearing as much of your music as you will.