5 Smartphone Games To Get You Through The High Holidays 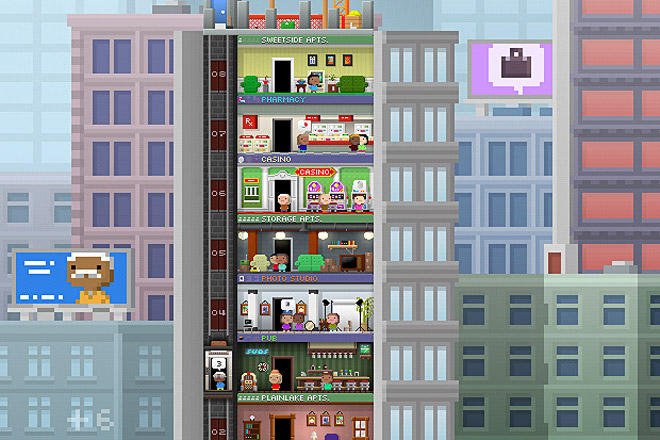 I realize this is a national blog and that there are actually Jews in approximately 4 American States (the 4 with decent Chinese Food). But this one goes out to my Jewish Brethren and really anyone else who needs an awesome game to pass the time. Who doesn’t really? We’ve all conquered Angry Birds by now, and once you’ve beat the same 5 people in Words With Friends 10 times each, there’s really nowhere to go. So whether your sitting in temple for 3 hours tomorrow, or just really bored at home, here’s 5 Smartphone games that are sure to occupy your attention. For better or worse. 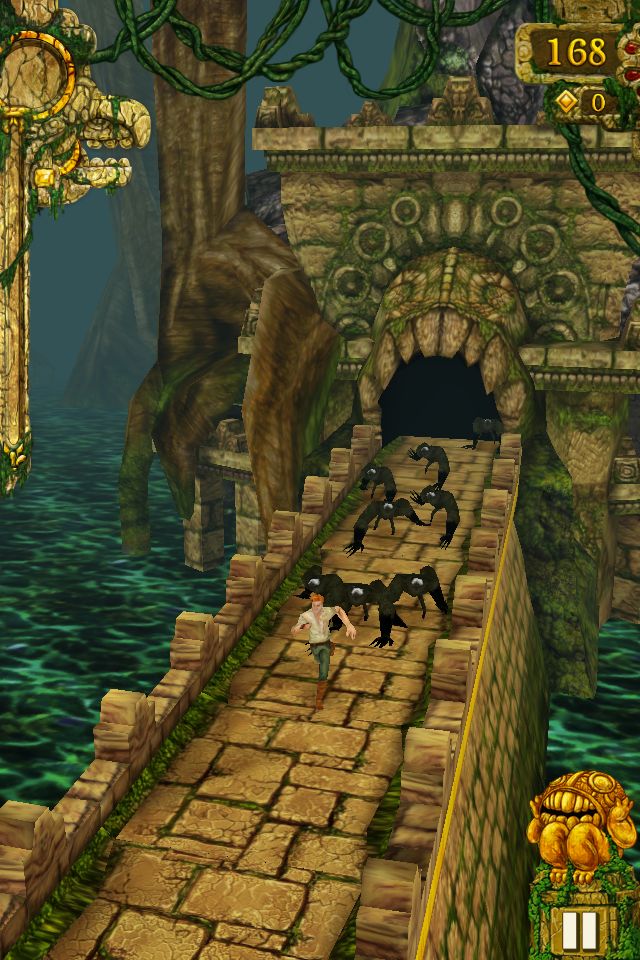 This game is the most fast-paced, intense game i’ve ever seen on a Smartphone. No Angry Birds style planning and strategy necessary here. Just some good old-fashioned gamer fun. The basic premise is that you’re an explorer who just stole something valuable from an ancient temple and are now being chased by a group of savage ape things. The running gets faster and faster and your job is to jump over gaps and tree-branches, slide under fiery arches, and pivot to collect coins along the way. All movement aside from straight running is accomplished by tilts and finger swipes. There are power-ups too that you can upgrade with collected coins. You could pay real money for the coins but you’re better than that. Short, sweet, endless fun. 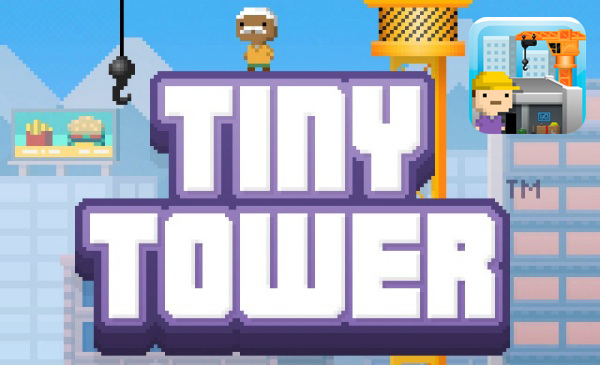 Remember the Sim series before “The Sims?” Sim Tower specifically. Tiny Tower has taken the familiar building up concept and taken it to your Smartphone. It’s not very fast paced and it definitely requires brain attention, but this one is bound to keep you entrenched for a long time to come. The object of the game is to build a profitable apartment and business complex. Once tenants start to come in, you will have to assign them jobs based on their skill levels. Finding tenants jobs isn’t usually in a Landlord’s list of responsibilities, but it’s a business model I think the world should seriously consider adopting. You own the stores too and you earn money by selling items out of them, giving you more capital to build new ones. Build enough and you will be an Apartment Complex Tycoon/Socialist Totalitarian Dictator/The Best Landlord Ever. 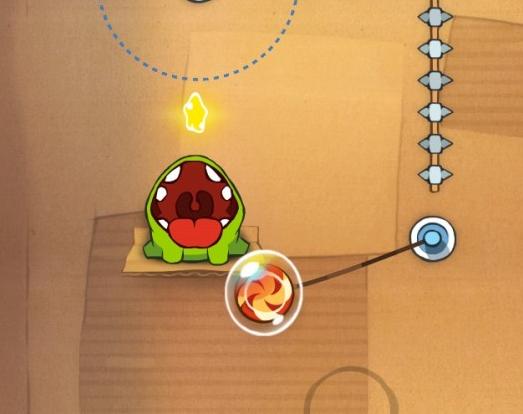 Just heard about this one today. I played it for 10 minutes (you know, for research purposes) and am already craving more. It may sound a little strange, but what game isn’t? There’s this monster dude named “Om Nom” in the middle of screen and your goal is to maneuver little pieces of candy into his mouth. The way you do this is by popping bubbles and cutting ropes in order to guide the candy towards the center. This requires masterful precision and coordination. It’s kinda cutesy and goofy, but as it gets more and more difficult, you will take it seriously. So seriously in fact, that the only life goal you will now be concerned with is getting that piece of candy down that fucking monster’s throat. It’s a slippery slope but the bliss you feel will be unmatched by worldly endeavors. 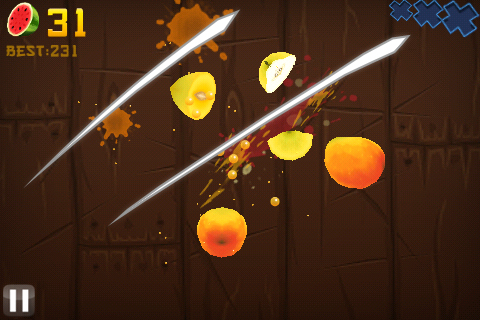 Ok, this one is kinda mainstream at this point, but how could I have a Smartphone Game article without it? The premise of this one is so delightfully simple, it’s silly. Pieces of fruit are thrown onto the screen and it is your job to swipe your finger (a blade for all intents and purposes) across the screen and slice them in half. You get extra points for streaks and for slicing multiple fruits in half at the same time. Miss 3 in a row though, or accidentally slice the occasional bomb, and you’re done. If that doesn’t sound like the most addicting thing in the world, you haven’t played many Smartphone games. Simplicity is the winning formula, and this one is as simple as it gets. Plus, you get to be a Ninja! 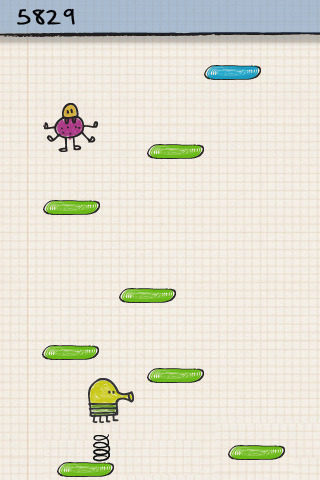 I’ve known about this one for like a year already, but I stumble across the un-enlightened on a regular basis. No lies, It is by far, my favorite Smartphone game of all time. A little more complicated than Fruit Ninja, but light-hearted and adorably minimalist enough to play on the toilet. You are this cute little green dude who has to jump on platforms to fruitlessly try to reach the top of a bottomless pit of beasts and obstacles. There are springs, trampolines, and jetpacks to help you along the way and you can shoot little acorn things out of your nose/mouth/thing to thwart monsters and UFOs. Very weird but endless enjoyment and the whole game is controlled by tilting your phone with one hand. You shoot by tapping on the screen, and occasionally you will have to move platforms with your finger. It’s actually kinda hard to explain so i’ll stop. Just take my advice, it’s never steered you wrong before.

Turn Those Bland Dorm Walls Into Graphic Nudity With This Wallpaper