Can MLB Regain its Status?

This is the worst time of year for sports.

If you are solely a baseball fan, the month of August is one long wet dream.

I have to admit moving from New York to Arizona I have lost touch with the game of baseball.

The Diamondbacks haven’t been good since 2007; this season and last year have been beyond awful.

As I write this article, I am sitting in the Chase Field press box dreading the start to what will undoubtedly be another three hour plus D-backs game.

This weekend I did remember why I once enjoyed watching Major League Baseball.

Saturday afternoon I sat on my couch and got drunk watching the Yankees and Rays play a key division game. It ended up being the best regular season MLB game I have seen in many years. The Yanks and Rays went back and forth with NY eventually pulling out an exhilarating 5-4 victory on a Robinson Cano solo home run in the top of the 9th inning.

Sunday I was hung-over and couldn’t muster the energy to leave my condo. I took in another Yanks-Rays game and Giants-Dodgers, broken up by Public Enemies (decent movie, but should have been better – two hours and 30 minutes is just too long).

Rays pitcher James Shields shut down the Yankees and Dodgers-Giants featured a terrific pitching duel between two of the games best young pitchers in Clayton Kershaw and Matt Cain.

When baseball is played the right way it really is fun to watch.

MLB is at a weird place right now. Fans are tired of and don’t know how to look at the old guard because of all of the performance enhancing drug rumors, but the new guard isn’t ready to take over yet.

That is when Bud Selig and the rest of the suits involved with MLB will need to prove their worth. With Heyward and Strasburg as the future faces of the game plus all the other young studs, there is no excuse for Major League Baseball to not be a growing product.

With possible lockouts looming in the NFL and NBA, which will surely bring negative publicity as MLB well knows. This is baseball’s chance to once again prove it deserves its status as “America’s Past Time.”

The question is will MLB be able to take advantage?

Any questions or comments? I can be reached at bgibberman@ktar.com. 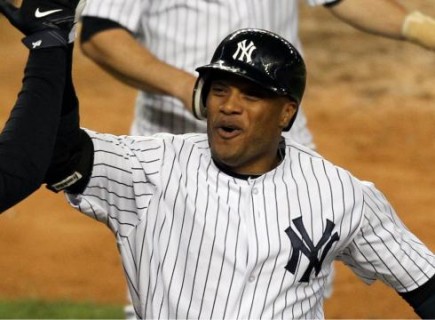