Chime.in is Looking to Package The Internet, Specifically for You 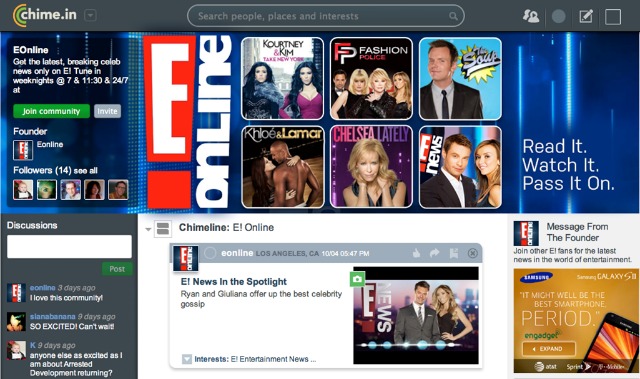 I know what you’re thinking. With keeping up on my Facebook, my Twitter, my Linkedin, why the fuck would I need another social network to occupy my time? If you indulge me though, I’ll attempt to explain why Chime.in, a brand new social network that launched officially today is worth your time. Its CEO, Bill Gross calls it an “interest network,” a network that allows you to easily access posts that are both quality and relevant to your interests. It might be the network that will once and for all, de-clutter the wild world of the internet.

The way it seems to me is Chime.in will be focused much more on the content sharing aspect of social networking. Sure, you can post articles and links from websites on Facebook and Twitter but it’s not really their main purpose and definitely not their only purpose. The niche that Chime.in seems to want to fill is the social networking site that specializes in outside content that is suited specifically to your interests and purposes, and one that also allows you to share your own shit and re-friend your actual friends. Even better: Chime allows you to vote up or down on any post, allowing it to determine which content is quality, affecting what gets shown to you and what gets shown to others. 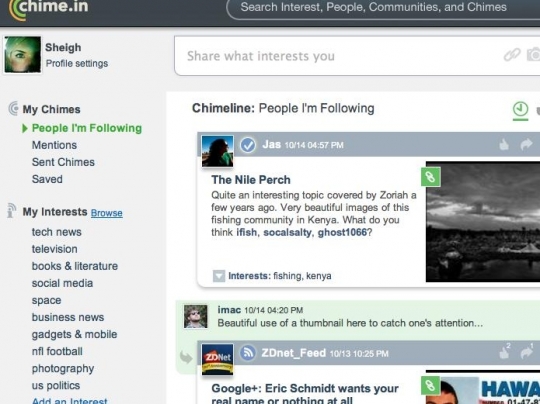 Google+ tried to do something similar with their +1 system but do you know anyone who actively uses Google+? I don’t. Google+ attempted to take a few minor problems with Facebook and make a new product out of them but all Facebook had to do was fix those issues in a better way than Google+, before Google+ even got running and now it probably never will.  Chime.in on the other hand sounds new and fresh.

The way I see it is Twitter got together with Google+ and had a child. Then that child wasn’t 5 days out of the womb before Reddit got in on the action and yada yada yada, Chime.in was born. Apologies, that was graphic. The point is however that now you have a platform that allows you to share content, allows you to discuss that content and allow you to control what content you see through interest groups and user voting. For those who depend on the social for all their web viewing and reading,  Chime.in has the potential to make life really easy.

The Epic Return of the Motorola RAZR…In Droid Form