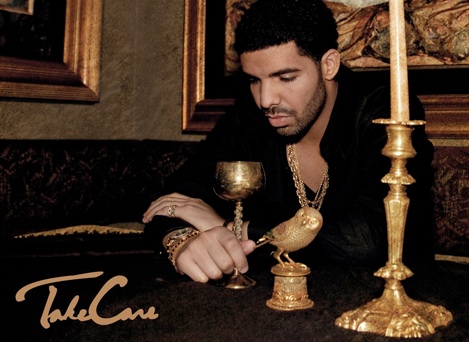 “Would you rather be overpaid or underrated,” Jay-Z asked/bragged on 2010’s “So Appalled.” This is an interesting question to consider when it comes to the music industry in general, but it is especially complex when applied to the ever-changing landscape of Rap. Phenomenally talented MC’s like Jay Electronica, Childish Gambino or Big K.R.I.T may never have bank accounts that match their talent (although the last two are slowly blowing up), while guys like B.O.B will continue to rake in undeserved cash for their repeated insults to the genre of hip-hop. With Take Care, Drake has firmly planted himself in the former category of the overpaid/underrated dichotomy, and takes every chance he has to remind you of this. 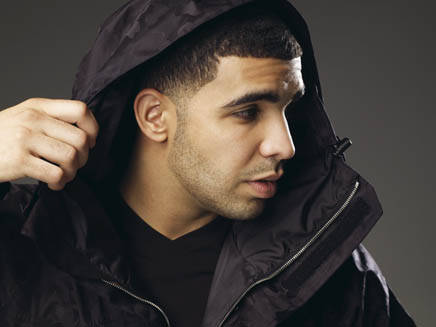 If that sounds like a criticism of the rapper formerly known as Aubery Graham, it’s because it is. But that does not mean Drake’s success is undeserved. He, along with his producer Noah “40” Shebib (40’s importance cannot be understated), have once again struck gold on Take Care. Drake is a very talented lyricist and his flow, while not immaculate, is certainly better than the majority of his contemporaries. He isn’t Rick Ross or Kanye, but he’s not far behind them and he’s certainly in the discussion when talking about the rappers who are in line behind ‘Ye and Rozay.

But Drake is not the rapper he claims to be or the rapper people make him out to be. Old heads have been hyper-critical of Drake for being too soft. On his blog, Ghostface wrote “…it’s like this nigga gargles vagina nectars in the morning to maintain his bitchass ph balance yo.” That’s rough, but it’s not off base. Drake is your girlfriend’s favorite rapper. At the same time, he doesn’t really cop to being someone he isn’t though, which he deserves credit for. Rozay barely made it out of the whole corrections officer fiasco; if Drake had tried to be thug he never would’ve made it. He has accepted that he is a former child actor and has used that to his advantage. 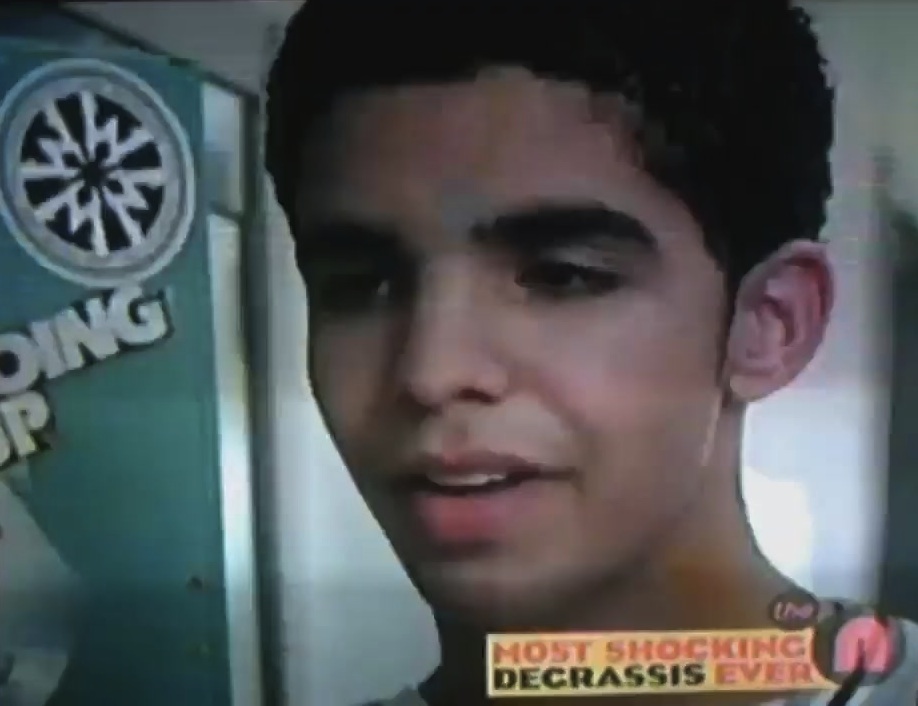 That doesn’t mean Drake can’t be your favorite rapper, too. That’s what makes Take Care so interesting and dynamic: It’s a study in cognitive dissonance. There are two people rapping on this album: Drake and Aubrey Graham. Drake is the Kanye facsimile, “Tuck[ing] his napkin into his shirt cause he’s just mobbin’ like that” on ‘Headlines.’ Aubrey is the sensitive kid still overwhelmed by his sudden fame, drunk dialing exes at three saying “Fuck that nigga that you think you found” on ‘Marvin’s Room.’

Drake does make a couple miscalculated errors in attempting to be too tough, like the laughable line: “You know good and well that you don’t want a problem like that/ You gone make someone around me catch a body like that.” No one buys that from Aubrey, he’s not roaming the halls of Degrassi High School anymore and no one believes his tough guy act. But more or less, he knows his place and the constant discussion between Aubrey and Drake make this album versatile and vital. The best songs on the album are the one’s where Aubrey and Drake lay down verses and the listener can really hear that divide and it is in the conflict that the album is most successful. 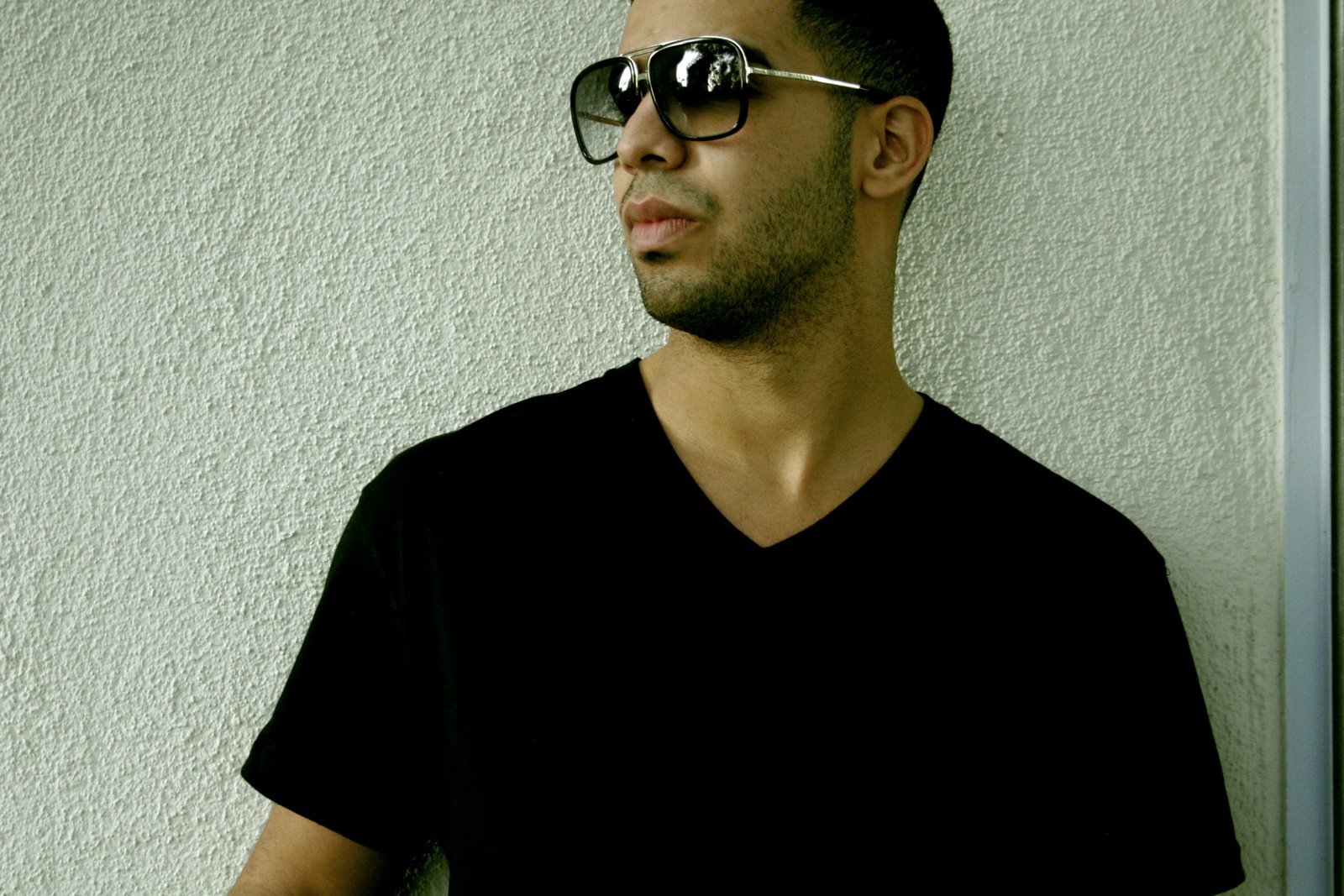 As good an MC as Drake is and as good as every single guest spot is (The Weeknd, Rick Ross and, surprisingly, Nicki Minaj all steal their songs from Aubrey), it is Shebib’s production that brings the whole album together and adds cogency, which is necessary when you have so many disparate voices in the span of one album. His talent behind the boards creates the landscapes that allow Drake and Aubrey to flow right next to each other, and then easily turn it over to Rozay’s braggadocio or The Weeknd’s sensuality without the album being too jagged or disconnected. Drake and 40 are both adept at their respective arts, and together they have the potential to make some of the most exciting music in the game.