How to Become Famous, or In Some Cases, INFAMOUS

Hey Campus Socialites! Sometimes when you flip through a magazine you read stories on how people became famous in some heroic way or in a negative way. It’s not that hard to become famous if you really want to. However, some people are so desperate they will do anything, and I mean anything to be in the spotlight.

1. Do Naughty Things With The President Of The United States 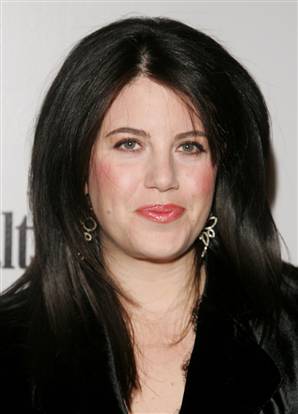 Monica Lewinksy is a prime example of this, however, as far as Bill Clinton was concerned it wasn’t sex because she only sucked his dick. Lewinksy has a Wikipedia page devoted to what a hoe she is. “Monica Samille Lewinsky” (born July 23, 1973) is an American woman with whom then-United States President Bill Clinton admitted to having had an “improper relationship” while Lewinsky worked at the White House in 1995 and 1996. The affair and its repercussions, especially the impeachment of Bill Clinton, became known as the Lewinsky scandal. “Poor Monica Lewinksy” – she will always be known as the scandalous mistress having sexual relations with Bill Clinton.

Ashley Alexandra Dupre was an aspiring singer who became a prostitute and fucked Eliot Spitzer who, at the time, was Governor of New York. Well, that worked out great – hope it was worth it!  “I just don’t want to be thought of as a monster,” said Dupre. I guess her dream of becoming a famous singer wasn’t working out too well.

If you don’t mind losing your job go to a night club, start a fight with Snooki, and then punch her in the face. Brad Ferro, don’t you know better than to hit a girl, nonetheless, a reality star? There are a few fan pages dedicated to him including one called, “Brad Ferro Was Only Giving Snooki A Fist Pump, Duh.” There are only 233 fans so I guess not everyone agrees with that statement.

Ever hear of Joe the Plumber? He began his career as a plumber, working his way up to the White House. He went ahead and confronted Obama about his tax plan. Now he is releasing a book about his experiences becoming famous all because he asked Obama, “I’m getting ready to buy a company that makes 250 to 280 thousand dollars a year. Your new tax plan’s going to tax me more, isn’t it?” I have seen many Facebook groups, fan pages, and discussions about President Obama. So, become a plumber and work at the White House – then you may have a chance of discussing your opinions with Obama.

You want to be famous? Forget about NYC or LA, move to New Jersey. There is the Jersey Shore, Jerseylicious, House Wives of New Jersey, and Cake Boss. There are like so many opportunities there!

So there you have it Campus Socialites, five easy ways to become famous!

As Season 2 Approaches, We Reflect on Our Night with Jersey Shore’s First Couple: Sammi and Ronnie