Louis Oosthuizen and Bubba Watson’s Ridiculous Shots From The Masters 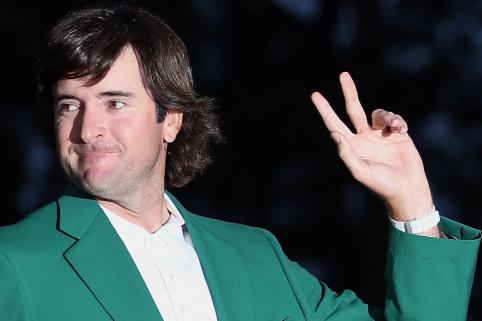 Sunday at the Masters is typically an excellent day of television whether you like the sport or not. Yesterday did not disappoint, with compelling drama taking over at Augusta. Two amazing swings were the talk of the tournament. Pardon the Interruption’s Tony Kornheiser and Michael Wilbon will certainly be debating which shot was better. The first was by South African Louis Oosthuizen hitting a double eagle on the par 5 second hole. The other was Bubba Watson’s shot from the woods on number ten during the sudden death playoffs. I give the edge to Watson simply because his shot won him the Green Jacket though a double eagle isn’t something to take lightly. In case you missed it or simply wanted to relive the moments, watch both shots once again. Let the debate begin.