Mark Zuckerberg – Person of the Year? 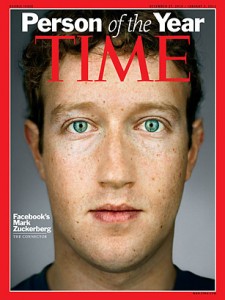 He is co-founder and CEO of Facebook, has inspired a film based on his achievements and motivations, and is now named Person of the Year by Time Magazine.  Mark Zuckerberg has had a memorable couple of years, that’s for sure.  However, there is some controversy arising about whether or not Zuckerberg deserves such an honorable and prestigious award.  We, from Campus Socialite, will tell you what we think, so then perhaps you can decide for yourself.

Mark Zuckerberg, a 26-year-old billionaire, AKA the youngest billionaire in the world, has influenced nearly every person in the world, whether we like to admit it or not.  Nearly 7 years ago, Zuckerberg sat in his dorm room and created a social networking site, beginning as The Facebook, that would alter the media revolution forever.  While today it is just Facebook, as we all know since it is probably one of your open tabs as you read this article, it is nothing like old social networking sites like Myspace.  It is something much more impressive.

Approximately 1 person in every 12 has a Facebook.  An alarming statistic, though I suppose it’s not very surprising.  There are 550 million members, 70% of which are outside the U.S., who spend more than 700 billion minutes on Facebook each month.  If Facebook were a country, it would be the third largest behind China and India, according to Time. 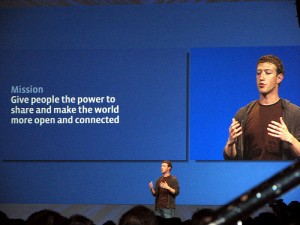 While these statistics make me feel slightly pathetic, seeing as how accurate they seem and how much it applies to my own life, I can’t help but be incredibly impressed with Zuckerberg’s creation of a Facebook community that has the ability to connect everyone in the world.  As the world continues to be divided in many ways, it is interesting to know we may all share the common link of Facebook.

Therefore, does Mark Zuckerberg deserve to be Person of the Year?  The truth is, I think he does.  My only issue is, maybe he should have been given this award last year, as Facebook continued to grow in popularity, not when it is close to its peak.

While it may be ignorant to say Zuckerberg has influenced the world for the better and has changed the course of politics, humanity, or social change when someone like Julian Assange exists, I also think it would be ignorant to not say such things.  Zuckerberg has literally touched almost every person in the world through this social network.  Yes, it may be a new form of addiction, but Facebook has the ability to be so much more than that.

While perhaps this may be the wrong year to name Zuckerberg the Person of the Year, I do think he deserves to win this award at some point, it just probably should have been sooner.