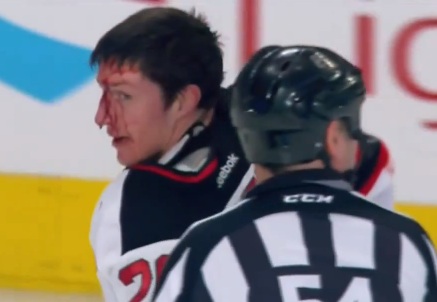 We have all seen plenty of hockey fights but this goes down as brawl of the year. As the NHL playoffs near this was anything but your average fight. The east coast rivalry between the New York Rangers and New Jersey Devils was certainly in full force. Both head coaches instigated the fight by putting their line full of enforcers into the starting lineups. Within the first three seconds of the match, helmets were coming off and punches were flying. Eventually blood covered the ice and penalties proceeded to follow. It felt like fans were treated to a boxing match rather than a hockey game. This is one of the reasons why casual hockey fans tune into the sport as these two teams did not disappoint.

15 Sexy And Stunning Girls For The Start Of Spring