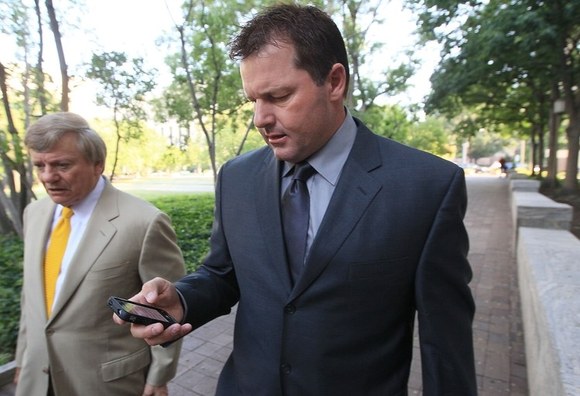 As a diehard MLB, and Baseball fan, it is my belief that anyone attached to enough considerable evidence of Steroid use should be disqualified from the Hall of Fame, and maybe even Baseball. I realize this is an entirely radical belief (even though I don’t understand why Pete Rose being banned is any more ridiculous) but I would have settled for Perjury convictions of Bonds and Clemens. As of today, it doesn’t seem like either of those dreams will ever come to fruition.

The Roger Clemens case was declared a Mistrial today by Judge Reggie Walton. There may or may not be a re-trial, pending a week long deliberation by the Judge to decide if it would be considered Double Jeopardy to re-try him. As of right now though, it seems like Clemens is going to walk free of any kind of a Legal ramifications. Not even a fucking fine. 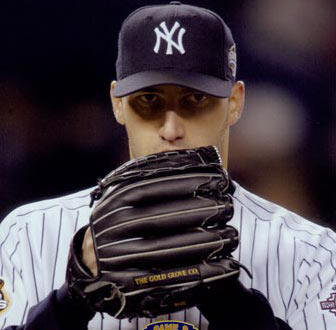 Seeing as how I don’t quite understand them myself, i’ll spare you too many legal details. Basically, the Prosecutors attempted to sneakily use some evidence that the judge declared inadmissible. The evidence was Andy Pettite’s Wife’s testimony that Andy told her that Roger had told him he was taking Steroids. The judge declared the evidence un-usable because Laura Petitte never actually spoke to Clemens himself. And anyone who watches Law and Order knows that trying to use inadmissible evidence is a big no no. The Prosecutors showed a video of Clemens at Congress that also included Laura Pettite’s testimony. The Judge immediately dismissed the Jury and declared the case a mistrial. 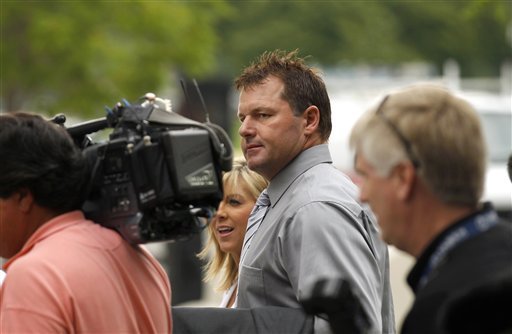 You can blame the Prosecutors for trying to make a play against Judge orders. I’m no legal expert, but it doesn’t seem like they would have needed Petitte’s wife to confirm Petitte’s own words. What ulterior motive could he have possibly had to lie and put his former best friend behind bars. But unsuccesful lawyer tricks aside, what this seems like to me is just another notch in the long running pattern of celebrities and proffessional athletes paying their way of crimes. And frankly, it’s sad. Sure, Roger Clemens is no O.J. But when’s the last time you remember an Athlete or a Celebrity actually doing real time for a crime. Get back to me on that one.

I know some of you will say that everyone was doing steroids, and it wasn’t in the Baseball rule book, and bah blah blah blah blah. This is our law people. Somewhere some kid is going to jail for telling a judge he had two grams of weed in his car instead of one. Yet Roger Clemens just gets to stroll the fuck out. Oh well. Now it’s up to the Baseball Writers Association of America for justice, and i’m willing to bet Clemens never gets their vote. A few will try to vote him in, talking about eras and rule books. But with luck, those few will never be the majority. Let’s hope so.