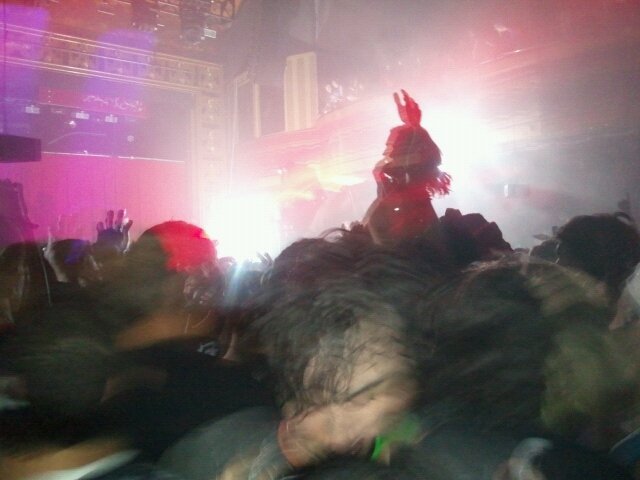 Friday October 29th, 2010. New York City is abuzz with the sounds and sights of Halloween. People lather themselves in blue paint in an attempt to be avatars; Definitely the most overdone costume of the night. Young adults are raging all up and down the streets. I find myself at the world famous Webster Hall, attending a sold out show headlined by Boys Noize and Rusko.

For those of you who have no knowledge of Webster Hall, let me describe it to you: On a quiet night it would be a very nondescript building, just a main door with a nice awning. But tonight the street is flooded with music lovers who have come to party like animals, and the doors are wide open. A loud pounding sound reverberates out into the night sky. This is the norm for the great venue. If it’s loud outside, you bet your ass it’s even louder inside. You can’t escape the music here. Why, you ask? Because Webster Hall is not just one large room with a stage, but four floors of nonstop music. At the very tippy top is the grand ballroom, which just by itself takes up two levels of the building. This is where the majority of the action happens. 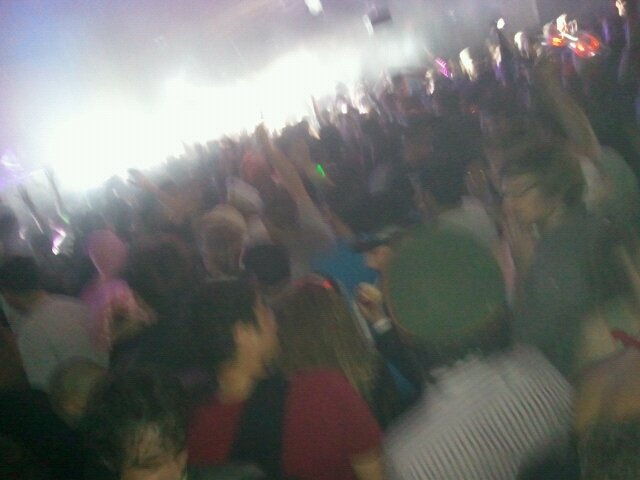 While I was waiting for the ballroom to open (no one is allowed up there until midnight), I took in my environment. I was surrounded by people of all sorts, ranging from hippies to clubbers, and everywhere in between. Then I noticed some disturbing trends:

1. Too many people dressed up as Deadmau5. The rodent-headed musician is awesome, but whoever had the bright idea of wearing a insulated helmet to a packed out concert was out of their mind. Within the first half hour, everyone was just carrying around their over-sized mouse heads. Sucks to be you, lugging that huge piece of plastic around all night.

2. Hipsters. Ugh, how I despise these people. They are so easy to spot in their tight pants, flannel shirts, and useless glasses. When the music starts bumping they just stand still, or at most jump in place like morons. When you’re outside talking about music, they chime in even though they don’t know what you’re talking about. Hell, a few of them didn’t even know who was playing there that night; They had just gone because it was the cool thing to do. And they carry around these huge cameras so they can look artistic and professional, but don’t even know how to use them. if you think I’m just judging, your wrong. I actually talked to one of these people, it was frightening. The worst part is that a lot of people were also dressed up as hipsters for Halloween, so it was difficult to separate the people making fun from the people who were serious about the lifestyle. 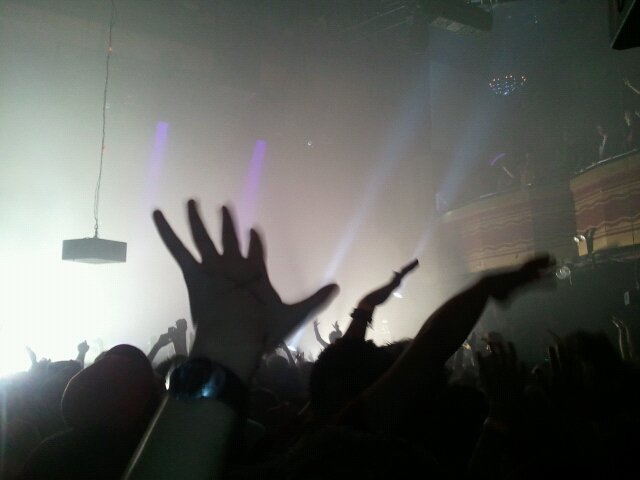 Eventually the top floors opened up, and the whole crowd flooded the dancefloor. The Girls & Boys house DJ’s started off the night by spinning some tunes. It wasn’t anything special because I’ve heard most of the songs before, but the highlight of their set was when they busted out Rob Swire’s Drumstep remix of Witchcraft, a song by the band Pendulum (Rob Swire is the band’s singer). Then Boys Noize came on. I’m not going to lie, I hate Boys Noize. I didn’t like him before, and now I definitely don’t like him. He played about an hour and a half of straight four on the floor beats. Without a change in pace, music becomes monotonous and annoying. Any electronic musician should also know that to get people amped you need to build up the strength of the song until it climaxes, and then drop it into something mindblowing and new. Boys Noize fudged this principle every time with imperfect climbs and lame breakdowns. If you were there, and you enjoyed Boys Noize, then good for you, but personally, as someone who dabbles in electronic music, I was far from impressed. 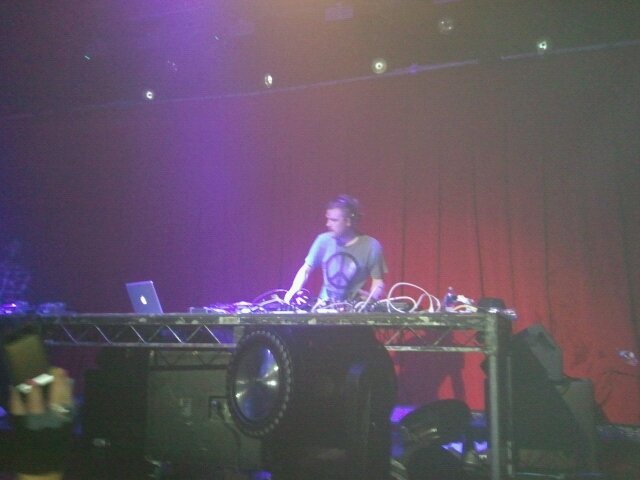 On the other end of the spectrum was Rusko. Here is a man who truly knows how to get and keep people moving. I had seen him previously in Baltimore, and was disappointed in his set, but this totally redeemed him in my eyes. He dropped every type of dance music that you possibly could: Dubstep (his forte), hip-hop, trance, drum and bass (my favorite), house, jungletech, pop, and many, many more. He played a bunch of songs off his new album O.M.G., his remix of Kid Sister’s “Pro Nails” (a crowd favorite), a remix of Ellie Goulding’s “Under the Sheets,” as well as a house remix of Katy Perry’s “Hot ‘N Cold.” There were loads of other songs in there, but the music moved so fast that it was hard to keep up. I started the set at the back of the dancefloor, and ended up at the very, very front. I don’t even know how I accomplished this because the crowd was so tightly packed in that it was near impossible to even dance. It’s just a testament to the power and talent of the British musician. It’s no wonder he was the closing act, because you just can’t beat the energy that he creates.