Soundtrack to Your Life

More often than not, walking to-and-from class, around campus, or wherever, most of the people (you may be included in this statement) you pass have headphones on and are listening to music.

Although we all know the popular music (because every radio station plays the same 20 songs on repeat every day), do you ever wonder what else people are listening to when they pop their headphones on? I do, because if someone were to go through my iPod there is no generalizing what kind of music I like. Every genre is represented.

I asked around one day when I had some time in between classes, and it was really interesting to hear what some people find to be awesome music to jam out to while walking around alone.

One girl told me from the time she leaves her house to the time she walks into her first class, she listens to songs that say her name in them as a confidence builder and pump up for the day. I wondered if I could try that…but I’m not sure how many songs besides the Mambo No. 5 say “Jessica” in them.

Someone else told me what they listen to depends on what they’re wearing. That was interesting. They said when they’re dressed up they listen to calmer music, OAR and stuff like that, but when they’re in bum clothes they switch to hip-hop and pretend to be ghettofabulous.

One guy said that the weather influences his music choice: Sunny and summery days make him enjoy country music, but on cold, dreary days he switches over to other genres.

One girl listens to Oldies like Frank Sinatra when she is down in the dumps. She said his music is so simple that there is no way you won’t feel better after a little “New York, New York.” I agree, gotta love Frank.

Now that FratMusic.com is back up and running, it’s easier to pick playlists and learn about new music that is not represented in the mainstream 20. But do you take these new songs and  listen to them just once, or do you incorporate them into your everyday music selection? Tough to say, it’s an individual decision based on the song and the person. 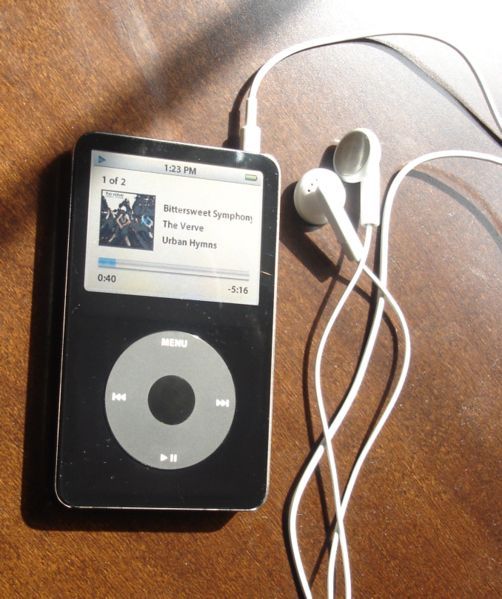 Anyway, I also got an assignment in one of my classes that asked “if you had to create a soundtrack for your life, what would you put on it?” That’s almost an impossible question to answer. But try it:

If you could make a soundtrack for your life, what songs would you include on it?

Best Way to Spend a Saturday