The Many Faces of Britney Spears

In honor of ‘Femme Fatale,’ the seventh studio album from the one and only Britney Spears, The Campus Socialite is taking a look back at the many phases (and hair styles) of Britney. Needless to say, Britney has gone through a lot of stuff over the years, some bad, and some worse. Her new album is actually pretty good, and she seems to have gotten her marbles in order. But here’s to dwelling on the past, with The Many Faces of Britney Spears. 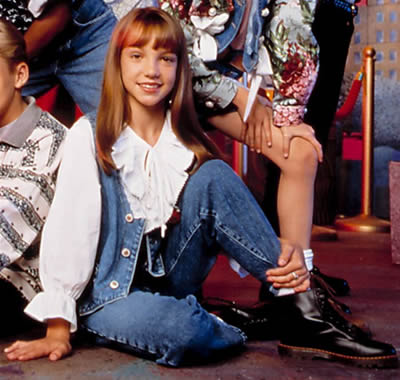 Before the singing career, Britney was just another kid with a dream. She was cast in the Mickey Mouse Club at the age of 11 with a bunch of soon-to-be famous celebs and a soon-to-be boyfriend. If only she knew what that show would lead to… 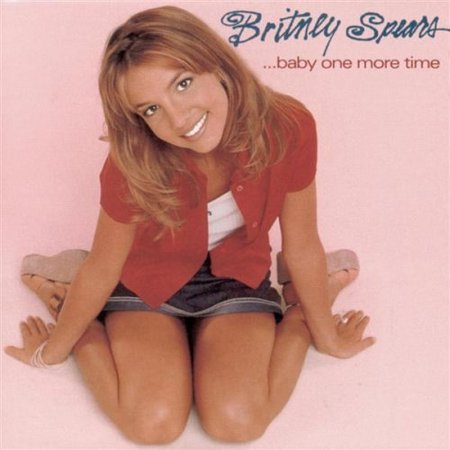 Once upon a fourth grade, Britney Spears was my hero. While everyone else was writing essays on how their parents inspired them, I was writing about how I wanted to do everything Britney did in life. “Hit Me Baby One More Time” put her on the fast track to being the new princess of pop. That cute innocent looking girl above would be the precursor to all things unholy in the entertainment industry. Who would have thought?

This girl had it all; perfect career, great clothes (see below), and the perfect boy band boyfriend – Justin Timberlake. They were a powerhouse couple, feared for their reign over pop music. Apparently, they were both “maintaining” their virginity too, dedicated to helping each other along the path. As we found later, what nobody believed to be true anyway, was in fact the furthest thing from truth. We’ll get to that later. 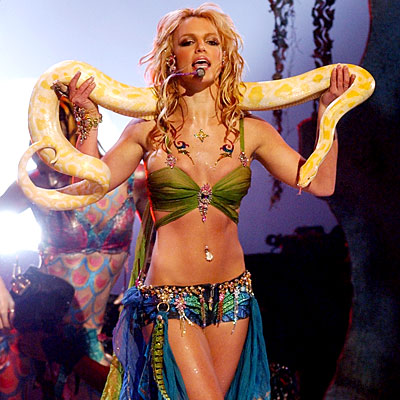 All good things come to an end and so did the perfect pop pairing. Before we knew it, Britney began shedding her clothes before our eyes and so came the “not so innocent” times of Britney Spears. Although, with her schoolgirl outfits and borderline sexual lyrics, this phase kinda seemed inevitable all along. I’m sure all the guys out there were overjoyed to see it finally come to fruition. You know you wish that was your snake. 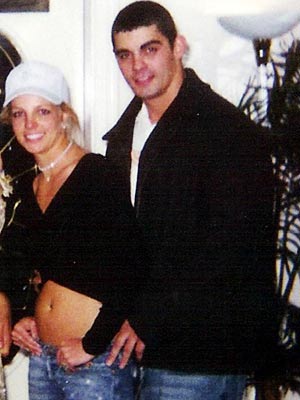 What’s a girl to do after shedding her good girl image? Get married in Vegas of course! As you can see in the picture above, the joyous affair was anything but glamorous. Complete with baseball cap, douche bag loser, and gut, Britney put an end to anyone’s withstanding idea that she was still the Britney of much simpler days. This wedding to Jason Alexander (wait, like George Costanza from Seinfeld?…awkward) lasted just as long as Britney’s sanity, and so began the period when Britney got crazy, literally. 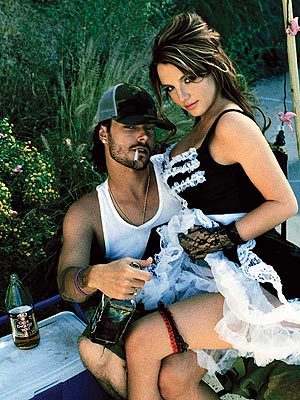 I like to refer to this epoch as “white-trash” Britney because for some reason, once she married Kevin Federline, she got preggers twice, and forgot to wear her shoes more often than socially acceptable. The train-wreck that was their relationship was documented for all the world to see and soon everyone knew how “chaotic” they really were. When they split, he ended up rich and fat, and she ended up, well, you’ll see… 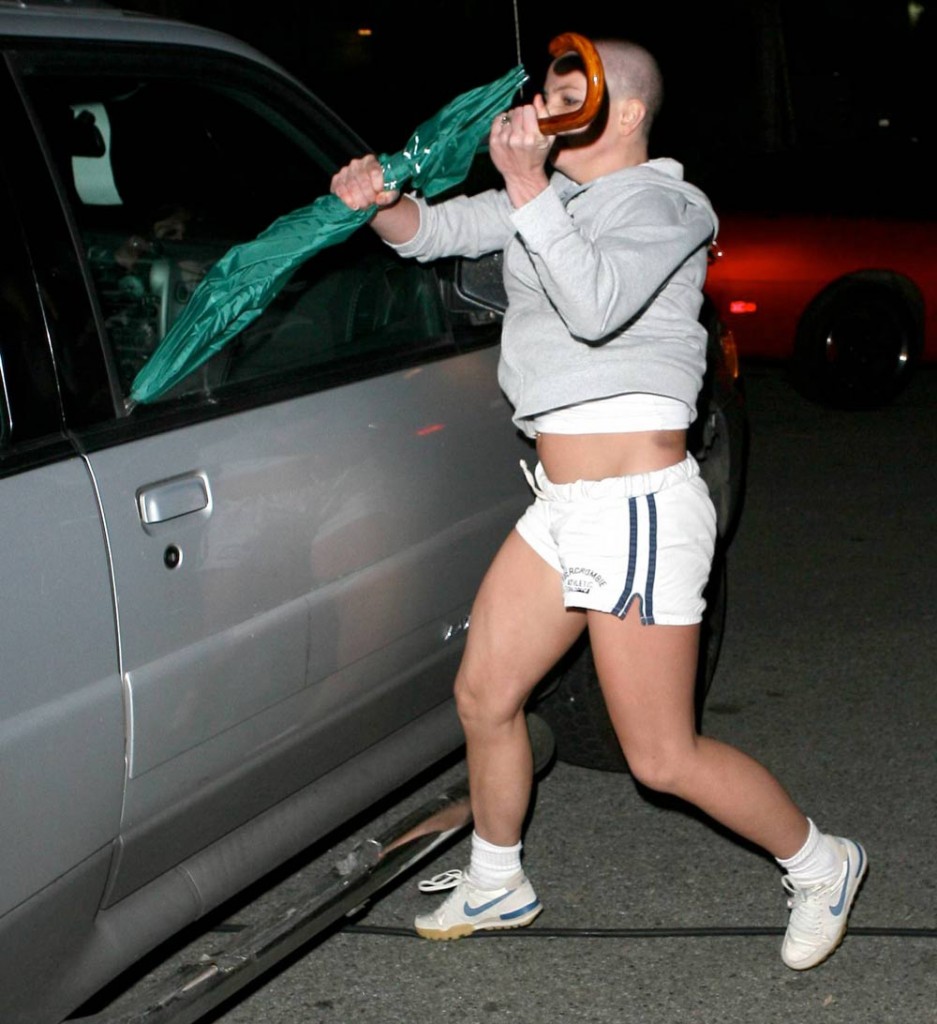 Well that didn’t last long. Britney was on a slump and the only way to bring herself up was to shave her head and beat up some cars. The world watched, confused as fudge, wondering what happened to the good girl that once rocked that Catholic school girl outfit and danced her ass off. Please Britney, cover yourself up, no one wants to see your dry, flaky scalp. 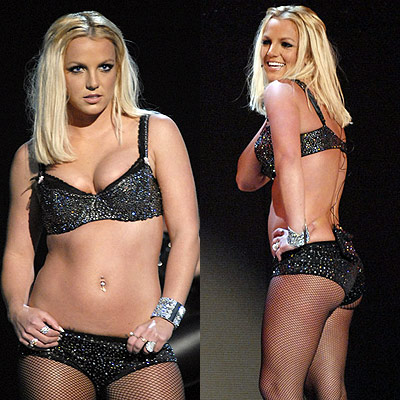 2007 was supposed to be Britney’s re-breakout year. “Blackout” was released and she was set to perform live at the VMA’s. Everything was set up for Britney to be back in action and for the world to love her again…and then that VMA performance happened. We realized Britney was not Britney, or at least not the Britney we thought she was 10 years ago. The Britney on that stage was frightening, overweight, (not to mention lip syncing badly AND dancing lazily) and wearing come clothes that were very unbecoming of her. The world sighed in sadness. Would Britney ever return? 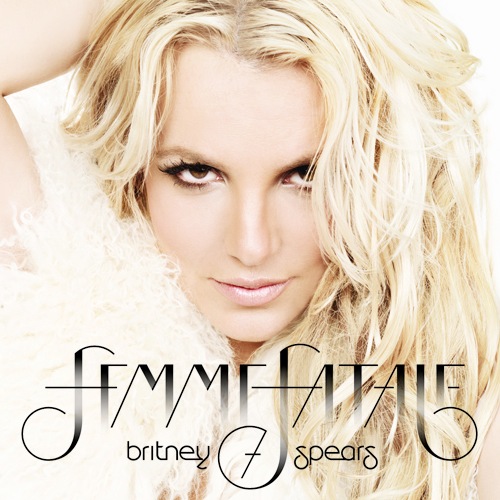 So after the 2007 flop, Britney finally got her act together, or at least gave us what we wanted to see. She started acting normal, stopped beating up cars with umbrellas, let her hair grow back, and most importantly, got back into the studio. And with that, “Circus” was released and Britney was back to her normal self.  Of course, there was the whole “If You Seek Amy” debacle, but we’ll let that one slide. Now it’s 2011 and she’s at it again with “Femme Fatale,” and let me tell you, if there was ever an album to make a comeback on, it’s this one.