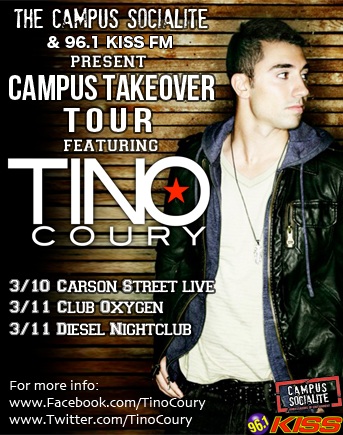 At any given moment, he has tons of hearts and winky emoticons typed all across his fan page. Girls, I’m talking about Tino Coury. He’s hot, he puts Justin Bieber’s boyish looks to shame, and when he sings his latest single “Up Against The Wall” I seriously want him to do just that. He’s been touring college campuses nationwide and is heading to his hometown of Pittsburgh this week to officially take over. Good luck Tino!!! The ladies at Campus Socialite HQ <3 you.