Will Scream 4 Be Killed by Social Network Spoilers? 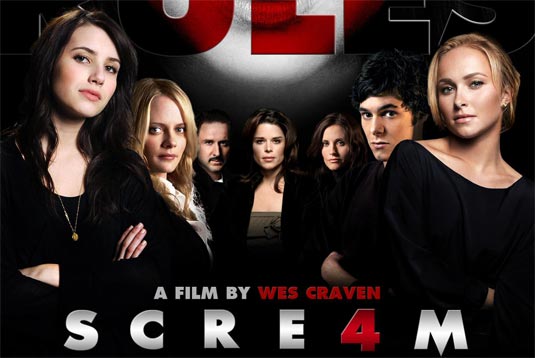 Back in the mid to late nineties, they were churning out these formulaic slasher films left and right. It seemed like every weekend there was a new Scream or I Know What You Did Last Summer. These movies were sold on their suspense, their overt sexuality, and the “who-dun-it” appeal of figuring out who the killer is, particularly in the sequels where half of the characters were already established. The last ten years have seen somewhat of a digression, when it comes to this particular genre, as it has been replaced by the Saw/Hostel films, carried by their gratuitous violence and gore. There hasn’t been a “who-dun-it” in a long time,  and definitely not one since explosion of social networks such as Facebook and Twitter. Go ahead, try to think of one?  Is there a correlation between social networking and the death of the mystery-horror genre? Will Scream 4’s clandestine slasher be able to hide from the internet?

Why does the existence of social networking affect movies like Scream 4? Directly…it doesn’t…or at least it shouldn’t. People seem to be considerate enough not to OPENLY ruin plot twists or spoilers for people when they know their followers or friends are looking forward to being surprised. Unfortunately though, that’s not how social networking, more specifically Twitter…works! 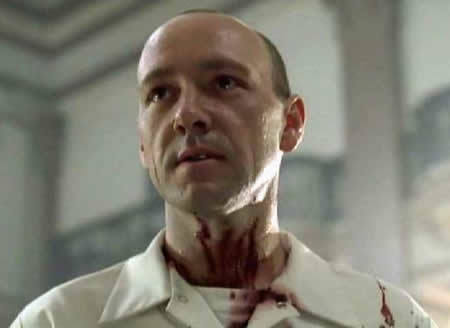 Let’s go back in time and look back at a few movies that might have been unintentionally ruined by social networking. Se7en, which came out in 1995 became an immediate cult classic. A horror movie at its core, the film isn’t carried by high octane chase sequences where a young hot girl is chased by a guy in a costume. It’s a psychological thriller where Brad Pitt and Morgan Freeman hunt down a vicious killer who chooses to remove his victims from this earth in the most elaborate and symbolic of ways. The man they hunt becomes larger than life, a symbol of evil that isn’t shown on screen until the third act. When he is finally shown he is revealed to be played by famous actor Kevin Spacey, who was more than perfect for the role,, and through his performance in the climax of the film, takes the movie from a solid thriller into the territory of one of the best modern horror/noir films ever made.

In 1995 people were legitimately surprised to see Spacey in the movie. Even people who followed the trades, read Variety or considered themselves “movie buffs” were pleasantly surprised to see a relatively famous actor in such an evil role, especially one that in regards to actual screen time is somewhat minor. In 2011 this would be impossible. The weekend of the movie’s opening, there is no doubt that “Kevin Spacey” would be trending on Twitter.

A similar, more recent example is Tom Cruise and his comedic cameo in Tropic Thunder. If someone didn’t know he was in the movie going into that opening weekend…no doubt when Tom Cruise was randomly trending on Twitter, one more click would reveal that millions had been pleasantly surprised when they saw the quintessential movie star covered in a fat suit, playing a loud mouthed movie producer. “Tom Cruise was great in Tropic Thunder!” is all it would take for someone to have that element of surprise stripped from them, most likely unbeknownst to the person who tweeted it. 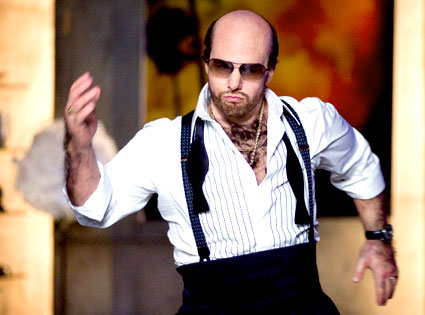 The two examples so far are somewhat minor. Knowing Kevin Spacey plays the killer in Se7en or that Tom Cruise is in Tropic Thunder probably wouldn’t completely deter people from going out and seeing it in theaters. Movies like the Scream franchise, however, rely way more heavily on this one major plot twist. Let’s take a moment to think about how Scream 2 and Scream 3 might have been affected by Twitter.

SPOILER ALERT: Do not continue to read if you have NOT seen Scream 2 and or Scream 3 and wish to see them without knowledge of who the killer is.

In Scream 2 there are two killers, one of which is played by Timothy Olyphant, who has since become a huge star . The real surprise though is that the SECOND killer is played by Laurie Metcalf, who is best known for playing Rosanne’s sister on the hit white trash show Rosanne. In the movie she plays a reporter who seems like she is merely there for comic relief. In the climax of the movie she is revealed to be the second killer, a major shock to the audience, who then explains herself by revealing that she is also the mother of the killer from the original Scream, played by Skeet Ulrich. Now…let’s say this movie came out in 2011. Laurie Metcalf…trending on Twitter…would be weird. Why would what seems like a minor character in the Scream movie be trending? Why would a character actress be trending? Even if you DON’T click on her name to see what people are saying about her, subconsciously any perceptive individual should be able to gather that she is in fact the killer. 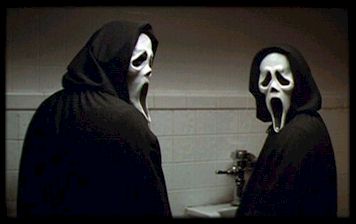 The same goes for Scream 3, where the killer is played by Scott Foley from Felicity. Foley wasn’t even one of the major stars advertised as being in the movie, and in the movie itself, his character is given little attention, probably so people would not assume he was integral to the plot. If Scott Foley was trending the weekend Scream 3 was released, smart people…at least, could infer that HE was the killer in Scream 3, a movie he would otherwise never be trending because of, unless of course maybe he has the coolest on-screen death ever shown on film or delivered an Oscar worthy performance, neither of which seem likely.

This weekend Scream 4 hits theaters and it is probably a good idea to go to see it as soon as possible. Even if you go see it as early as Friday it is also probably a good idea to avoid social networking outlets, particularly Twitter, because if you see Adam Brody, Anthony Anderson, or one of the other actors playing what has only been advertised as a MINOR role in Scream 4 trending, you can go ahead and assume that they are probably the killer. If the killer happens to be an older character that has been established in movies past it might be a little easier, seeing as these characters could be trending for more reasons other than being the killer. Unfortunately however, this is unlikely, and the killer will most likely be a new character. This narrows it down to the 10-15 or so new characters in the movie. 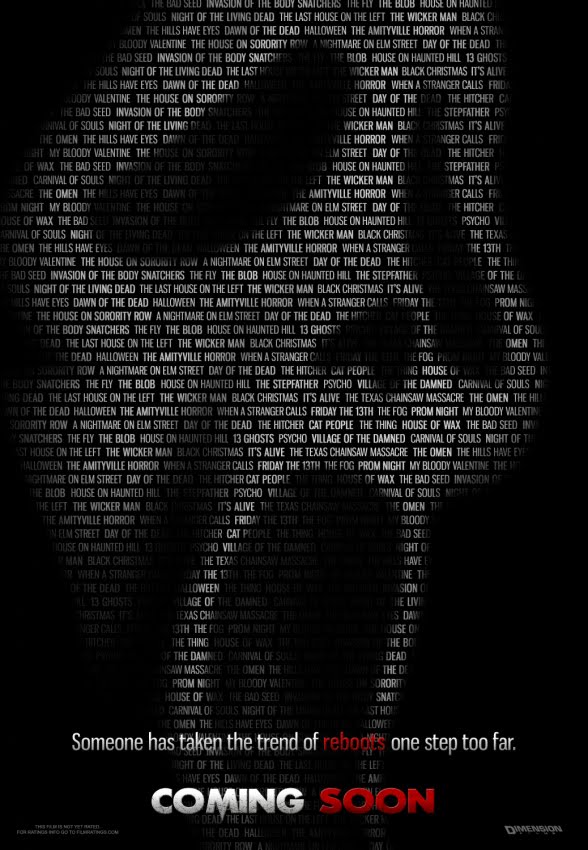 In the past two Scream movies all 3 total killers (2 in Scream 2, 1 in Scream 3) have been new characters specific to that movie. In order to give them motive, their characters are revealed to be related to past characters, not just serving the basic on-screen purpose that they seemed to be serving up until that point. Assuming Scream 4 does this as well, prepare for a character and the actor or actress that plays that character to come out of the movie as a much bigger part of the film than they seemed going in. Thus, if you see someone OTHER than the major stars trending on Twitter this weekend…chances are…Scream 4 was just spoiled for you. And even if you were too oblivious to realize this going in and would have otherwise not have put two and two together…I guess I just went ahead and spoiled THAT for you as well.

Playboy’s Top Party Schools 2011 Released: How do The Campus Socialite’s Top 5 (So Far) Stack Up?