Chick Flicks For Your Mood 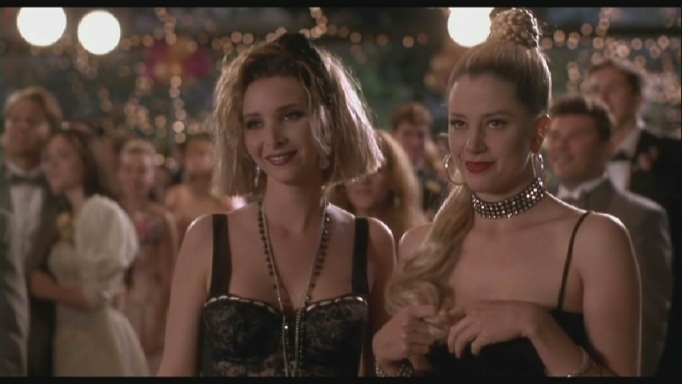 Chick flicks have gotten a bad wrap over the years. Your boyfriend won’t watch them with you, your sister is too cool for them, and your roommate has too many boy problems to get through one without crying for hours. Chick flicks are meant to be watched during a night in with your girlfriends, a night complete with your chosen chick flick, gossip, sex talk, and white cheddar popcorn.

Know you want to watch a good chick flick complete with love, sex, and someone dying but don’t know which to choose? Here’s five of my favorites and the best time to watch them.

Best Chick Flick to Watch With Your Best Friend:

The 1997 comedy starring Mira Sorvino and Lisa Kudrow is a classic that will make you laugh, no matter how many times you watch. Romy and Michele are best friends from high school who moved to L.A. after graduation, expecting to move from the not-so-cool crowd to the A-list. But when Romy and Michele get the invite to their 10-year high school reunion, they realize they might not be as cool as they think.

Best Chick Flick to Watch That Will Make You (and Your Boyfriend) Cry:

“Steel Magnolias” follows a Louisiana family’s small town roots and struggles with life, friends, and love in this heart-wrenching classic. Sally Field and Julia Roberts play mother, daughter roles as Shelby (Roberts) gets married, has kids, and starts a life on her own. The supporting cast helmed by Dolly Patron as Truvy and Shirley MacLaine as Ouiser make the film one of the sweetest tearjerkers you will ever watch.

Best Chick Flick to Watch When You Wanna Get Laid:

Your boyfriend’s favorite movie to watch when he’s feeling lovey, “The Notebook” is our generation’s most well-known and loved romance. Ryan Gosling and Rachel McAdams are the epitome of what every young couple hopes to be like, and the idea that your first love can last is something that everyone can relate to and has hoped for. It might be sappy at points, but it also has one of the best sex scenes of all time between Gosling and McAdams.

Best Chick Flick to Watch If You Love Sports:

The movie follows neighbors and childhood friends, Monica and Quincy, who both have one common dream: to play professional basketball. Their love of the game is what keeps them together and ultimately drives them apart, but without each other the game isn’t the same. Regardless of if they’re starting point guard or riding the bench, this couple’s love for basketball and each other is what keeps them going.

Writer and director Amy Heckerling gives us a peek inside the world of the beautiful and filthy rich teens at Beverly Hills High School in this 1995 classic. Cher Horowitz is a 16-year-old girl determined to never make a fashion mistake or date just any loser high school guy. Her real talents being matchmaking and makeovers, but when it comes to her own life, Cher can’t figure out what it is she wants. And this movie gives us one of the best high school insults of all time, “you’re a virgin, who can’t drive.” Way harsh.