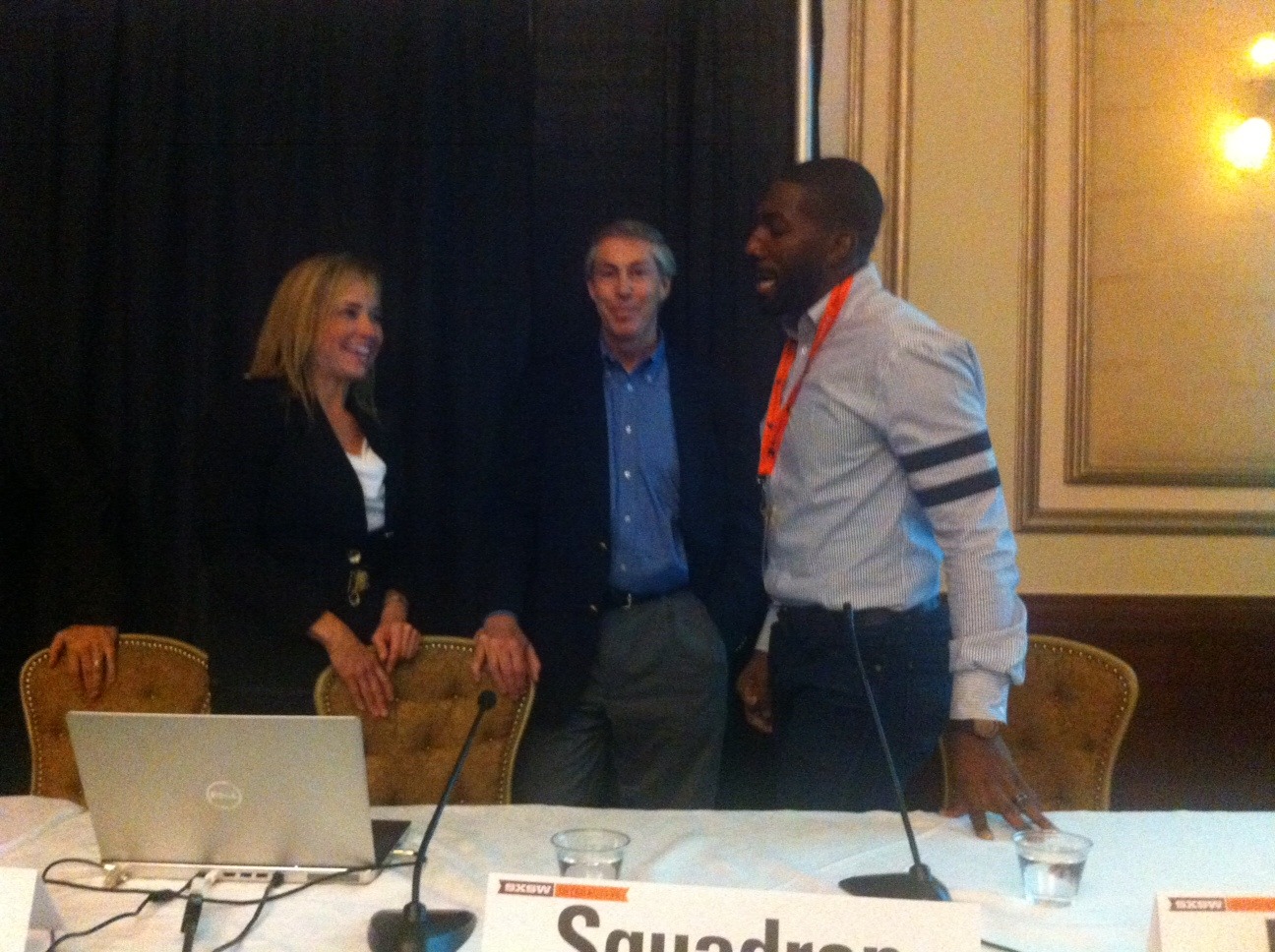 There were many great panels at SXSW, but by far the best discussion was in regards to fantasy sports. Before the expert speakers even graced the stage, the crowd was eager for what they had to say. By the end of the panel which lasted well over the expected hour, one might have mistaken the audience for a bunch of 14 year old girls at a Justin Bieber concert. The room was full of excitement with oohs and aahs. The atmosphere was intense with people holding on to every word. Guest speakers included Greg Jennings, Super Bowl winning wide receiver, Bill Squadron, the president of Bloomberg Sports, Jason Kint, vice president of CBS Sports, Stephania Bell, ESPN personality, and Clay Walker, vice president of Big Lead Sports.

The Green Bay Packer was extremely candid with the audience explaining how NFL players actually feel a sense of added pressure thanks to fantasy football. He went on to explain a personal anecdote involving a fan heckling him against the Pittsburgh Steelers. “I wanted to say something to the fan, but I didn’t want him to know he’s getting to me… and it’s fantasy football!” Greg Jennings responded of course by scoring an 80 yard touchdown. He told everyone how tempting it was to yell back at the fan which drew wide applause. 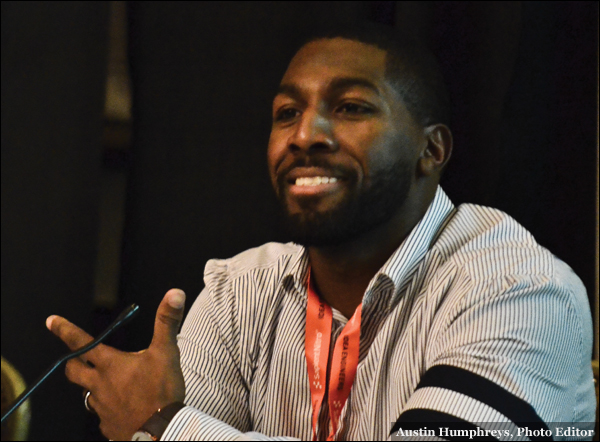 The most astounding speaker though was Bill Squadron, the president of Bloomberg Sports. Squadron emphasized, “technology can add to the operation of a sport and experience of a fan, as long as it is used correctly.” He provided examples of how Bloomberg Sports can implement technology into fantasy sports. One concept allowed fantasy players to see how many pitches a pitcher threw in a particular part of the strike zone over the course of a season. Users would be able to track a player’s at bat against a particular pitcher and go directly to live footage of a specific pitch with the click of a mouse. He then proceeded to show actual pitches from San Francisco Giants ace, Tim Lincecum. The visual displays presented were truly mind-blowing. It felt like the crowd was taken into the mindset of Billy Bean from the movie Moneyball. 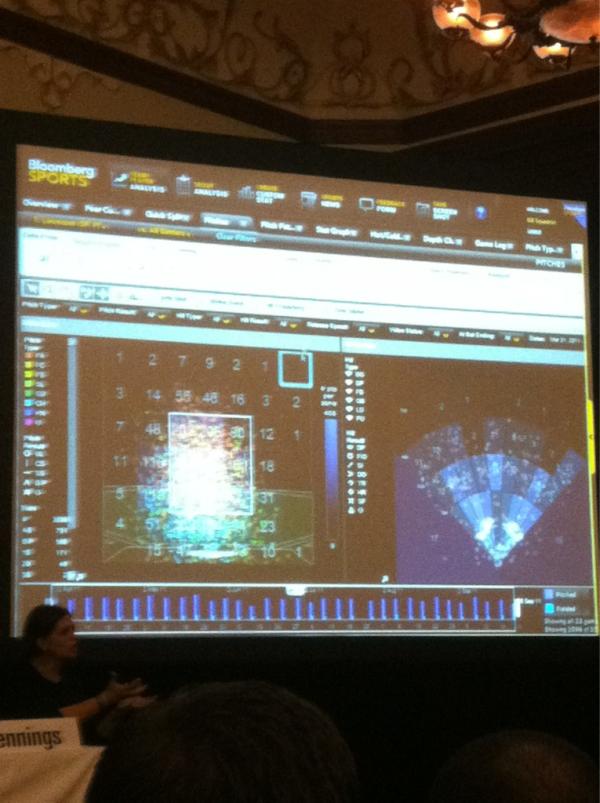 The conversation ended with members of the panel diving into the future of how fantasy sports can impact other sports. Nascar and golf seemed to be the consensus answer for fantasy sports that will gain popularity in the upcoming years. The notion that fantasy sports connects the causal fan was brought up several times. This creates more publicity and revenue which is why it will continue to grow. As the technology of fantasy sports also improves, so will the final product. This ultimately will provide a positive future for the business aspect of it as well.