The Church of Charlie Sheen 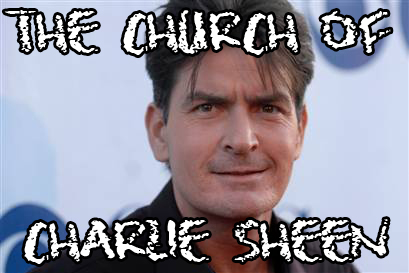 I’ve long since accepted that if there is a heaven, I am not destined to go there. Christianity has too many rules that I can’t help breaking.  I’ve spent several thousands of my parents’ dollars on college philosophy courses over the past few years, in a desperate attempt to find some higher power whom I can worship and respect. It was through a series of viral YouTube videos, however, that I finally found a deity I can relate to. His name is Charlie Sheen.

There are several rules in Christianity which have forced countless college students to cast the religion aside. In the Church of Charlie Sheen, the only rule is “Thou must be WINNING!” And seeing as how I make it a personal mission to win an an hourly basis, I feel like I’ve finally found the perfect faith for me. 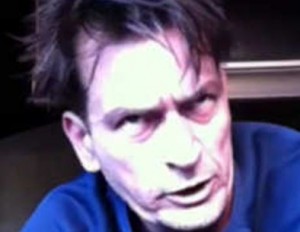 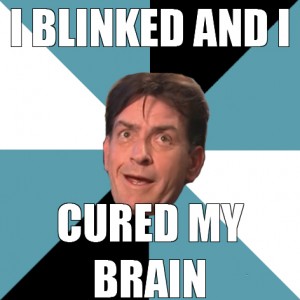 Christians boast that their God can make miracles. Well, so can the Sheen. By simply blinking his eyes he can cure alcoholics and crackheads of their addictions. Jesus can turn water into wine, Charlie Sheen can turn human blood into tiger blood. It’s also been confirmed by scientists that he has Adonis DNA. Can’t argue that: Another point for Charlie Sheen. 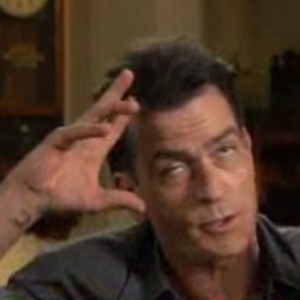 As a Christian, you would be one in over a million. A small fish in a very large pond. There is no exclusivity in Christianity; no requirements you must meet to be accepted by the church. The Church of Charlie Sheen, however, only accepts bitchin’ rock stars of the Mars variety, and all the trolls are left sitting in a corner where they can whine about their meaningless lives. That sounds like the place for me. 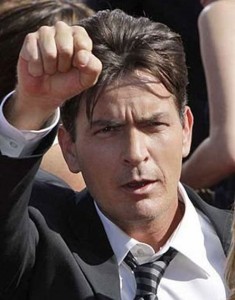 After every speech, prayer and sermon in Christianity, you have to say lame ass things like “Hallelujah” and “Amen,” I guess to show your agreement  with whatever was said (even if really don’t). When you’re a member of the Church of Charlie Sheen, every single sentence would be met by a response of either “WINNING!” or “Bitchin’.” BOOM. DUH. The choice is obvious.