I spent only one year in college. Based on that experience, I can tell you that the girls in Northwest Wisconsin, although not generally hotties, definitely made up for it with effort, but I digress.

During my year in college, I played NAIA Basketball and realized quickly that I was going no further (Not to be racist, but I’m white, and Woody Harrelson probably would’ve found a way to dunk on me).

So, in my infinite wisdom, after leaving college, I joined the US Marine Corps. This was quite awhile back, and it’s a whole ‘nother story, but I found myself quickly in Bahrain, followed by Saudi Arabia. I came back alive after seven months and never heard a shot fired. Anyways, upon returning, I expected that there might be ripe pickings, as I was now a “war hero.” Did I mention I never heard a shot fired?  What I did find at my arrival home was a golden WorstHookups.com story.

So, after being back for a few weeks, my squadron (I was an “air-winger” to boot), was detaled to a local parade, where it was amazing the quality of punani that was THROWING itself as us, and about 60% of us (I’m definitely sure for a few of them) were married.

Anyways, a few days later, four of us were sent to “Color Guard” a concert at a local amphitheater. I was junior dick, 20-years-old, and figured I was “ass out” of the true festivities. I was SO wrong. First of all, the artist was AWESOME and insisted that we all had the run of the place and had free drinks all night long (have you ever seen a Marine with free drink privileges? It ain’t pretty, we’re not known for our decorum).

So, as we mingled, my Sergeant (married), got it on with some chick in the hallway of this place. My bro of similar age and I saw many, many opportunities and realized that as long as we breathed we were GOLDEN.

Things progressed when I brought her into the star’s area behind the stage. Soon, I found my tongue down her throat, and realized I could get this on RIGHT NOW! I grabbed a couple of beers and proceeded to move into one of the quieter areas. There, things moved VERY quickly, including the removal of my pants. However, my Dress Blue Blouse remained on. On a side note, I have no idea what happened to my “cover” (that’s a hat, not a euphemism)

Soon after, I found her mouth on my schlong. It was very pleasant, but I didn’t want it to end so quickly, (six months in the desert and all), so I pulled her up, and went to remove her panties…

Anyway, I quickly realized that this was doable from where we were, so I entered her in this dim corner. She gasped and although we were only slightly horizontal things were pretty good…UNTIL…I decided that I wanted her from behind, and decided to turn her around. Things weren’t terribly bad, but I had my head against hers as I thrusted, and I got the idea that I wanted to bite her ear (playfully) just as I orgasmed, thinking she might get there with me.

I took her dangling earlobe in my mouth for a second and was very close to Heaven, when…hmmm…how to say this…well, basically there’s no good way to say this, but I “crunched” on a scab. Her left pierced ear was infected, and the pus and blood were now dribbling down my chin. I then proceeded to hurl all over her fully clothed back, and my honorably decked out Dress Blues.

Thank God, I barely remember that night, but maybe that’s why a year or two later, I wasn’t into Asians when I got sent to Okinawa. Although I’m not a country music fan, Willie Nelson, you gave me a great story.

For more hilarious tales of hookup debauchery, check out WorstHookups.com.

inStash: The Ultimate Bookmark for Men 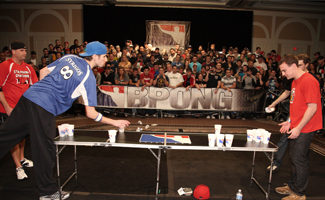 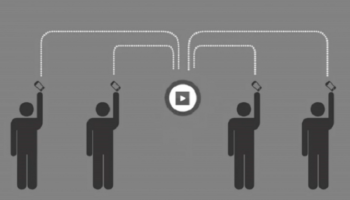