My Day At The New Era Pinstripe Bowl 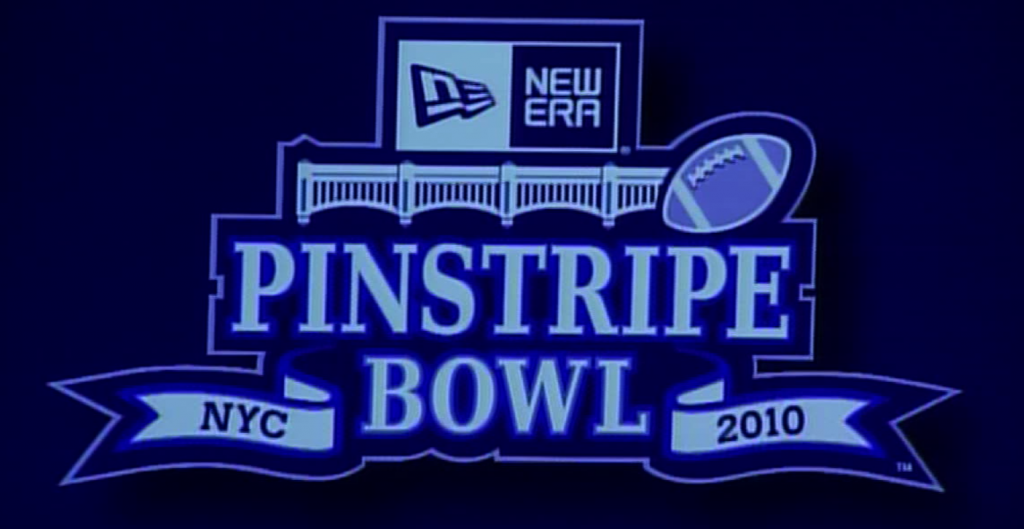 The pinstripe bowl is smart to make one of its teams every year come out of the Big East Conference. They are even smarter for making sure it was the worst possible Big East team that got this bid. Under any other circumstances the cards would not have fallen the way they needed to for Syracuse University fans to get to watch their team play in Yankee F’n Stadium.

Everyone knows Syracuse is New York big sports school. It’s also New York City’s big sport’s school, as well as the school of choice for a ton of people who grew up in the tri-state area as a whole. Syracuse Football rarely plays in the area and if they were going to you would have to assume it would be at the Giants/Jets Stadium, which we all know is actually…in New Jersey.

Yesterday I got to travel into the heart of the Bronx, just steps away from where J-lo learned how to shake her ass, rocking my #44 jersey proudly as I prepared to watch my beloved Orangemen take the field in an unlikely yet perfect location, Y…F…S (see above to figure out the acronym).

Below are my experiences and observations from both the day as a whole and the game itself, which if you were smart enough to watch is probably still on your mind today.

-It was COLD AS SHIT 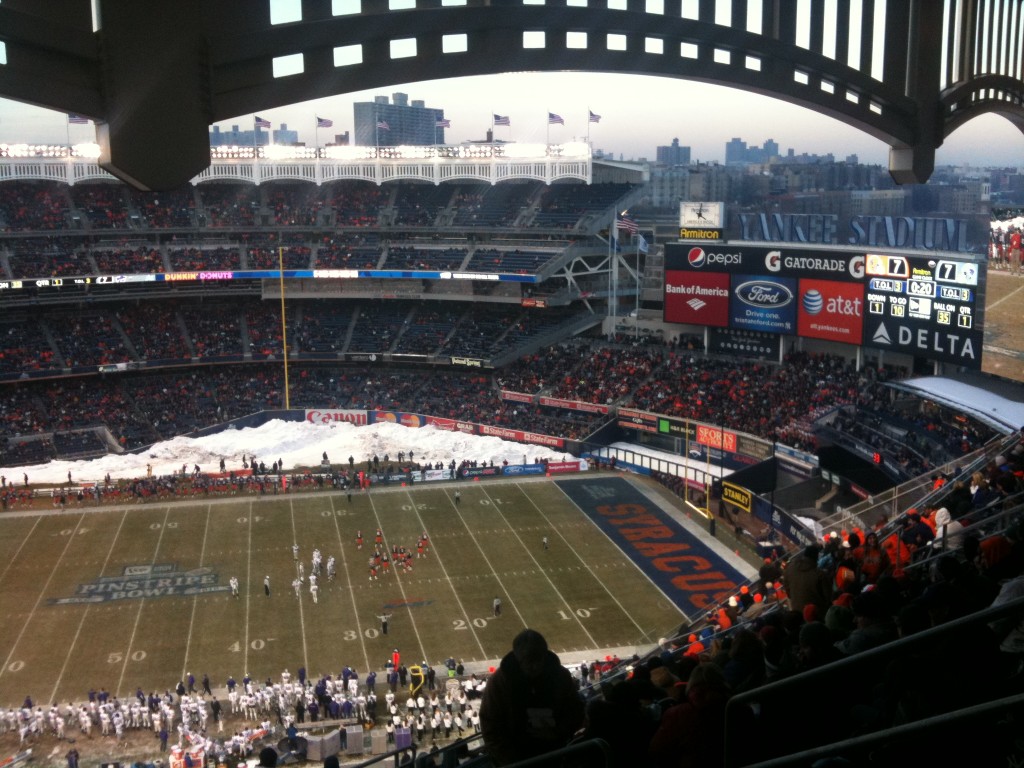 -Out of all the Big East schools in the running for the spot in this game one would assume Cuse would have the easiest time filling the seats…that being said there were TONS of extra seats open. This is probably due to the weather, the overall irrelevance of the game itself and the fact that YANKEE STADIUM IS BIG AS HELL.

-It was awesome to see Yankee Stadium converted into a football stadium, especially considering all the areas of the field that would not normally be used during a football game were covered with snow, giving the feeling that this game was meant to happen here when it did.

-All the HUGE piles of snow behind the sidelines and end-zone gave it a “winter classic” feel, as this image has come to be associated with the annual hockey game played outdoors on New Years Day. This game felt just an unique.

-Even though we were pretty much the home team and definitely had MORE fans there…there were still TONS of KSU fans there. In comparison to say SU vs. Michigan State Basketball at MSG a few weeks ago, they had 3 times the fans of MSU.

-Big ups to the KSU fans for coming out and making the trip to support their team. Unlike Uconn, who is in debt for not selling enough tickets to their fans for their BSG game in AZ, these people stepped up and made the pilgrimage to WORSE weather to watch their team. That being said, weather aside…NYC slightly cooler than Phoenix, we can all agree on that.

-We tailgated before the game at the River St. 151 Lot. The lot was filled with Cuse fans and we enjoyed ourselves for several hours before the game, drinking, grilling, and corn-holing. This was something we were unsure about going into the game because typically Yankee games are not big for tailgating and a bunch of the official lots have rules against it. Much to delight, no one cared, and although the lot was a 8 or so block walk from the stadium (ten minutes tops), we got the football game atmosphere in an area that is typically void of any outdoor pregame festivities. People go to the bars before Yankee games. Not yesterday. 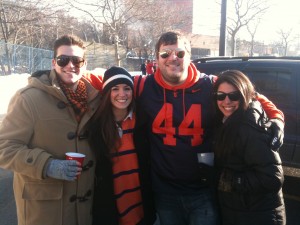 -With that though, I must admit there weren’t THAT many people tailgating and you can tell people just aren’t used to doing it in that setting. I mean it is the Bronx.

-We sat in the VERY last row on the 50yard line of the KSU side. This view was AWESOME but COLD.

-Being on this side made it seem like there were a lot of KSU fans since when they would cheer it would be up our asses, but when walking around it didn’t seem close at all.

-We smoked cigarettes up there. There wasn’t a CHANCE anyone was walking up there to stop us and I don’t even think they had people checking tickets to get into the section. It was high up and it was COLD. For those of you who have been to Yankee games and know how strict they are about you even thinking about having a cigarette after the game in the privacy of your own home, let alone in a designated outdoor area…you must find this to be totally awesome.

-SU LOOKED REALLY GOOD. WE COULD DO SOME DAMAGE NEXT YEAR.Unfortunately this means we might play our way out of this game. As a fan of CUSE and NYC I would rather play in this game than practically any other bowl game save for say maybe the championship game. Uconn gets to watch their unranked team get SLAUGHTERED by Oklahoma in a game that ultimately means nothing. So if you’re going to be in a game that doesn’t really mean anything, it might as well be in a rare, cool and close atmosphere like this and not in some random state.

-Definitely not as ROWDY of the crowd as you would see at a Giants or Yankee game. Lots of kids. Definitely a college game atmosphere without the massive amounts of drunken students.

-That awesome game will hopefully draw more attention to Syracuse and The Pinstripe Bowl next year and if we play in it again maybe the entire stadium will be full and they won’t be LYING when they say it’s sold out (we had to get our LAST ROW seats on STUB HUB for 70 bucks!!!)

-Tough way to win though. That “salute” penalty call that turned their mandatory 2 pt conversion into a 20 yard TD pass is BS and even though it helps us, people are going to be talking about that as a robbery for years to come. Dudes salute all the time and it happened many times in other games YESTERDAY. To not call it ALL the time and call then THEN when it ACTUALLY cost them the game…inexcusable. Tough break KSU.

-Lastly a story from the tailgate in the parking lot. A dude comes over who looks like a cop and he says “okay guys, did they talk to you about the beers yet?” We think this guy is going to write us up, make us stop, something bad…He continues…”yeah, I’m going to need to write you up for paying an excessively large amount for bad domestic beer” revealing that he was kidding! We were so happy that anything he said from this point on would have been welcomed. We all laughed awkwardly as we pulled the beers back from behind our backs. He could have called me Shrek and I wouldn’t have cared. He didn’t. I was spared. He did however start calling my black friend Bryan “Kanye” and they went back and forth for a brief moment that…like I said…should have been awkward, but instead was met with smiles and laughter. He then handed out FDNY and NYPD beanies to EVERYONE! And then…you guessed it…asked for a “donation” of ten dollars enough. I happy paid (as did most people) cause like I said, after first making it seem like we were in trouble, upon finding out we weren’t we probably would have given more money for even less headwear. At least this way we got some hats out of it. 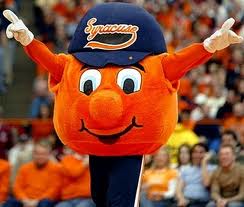