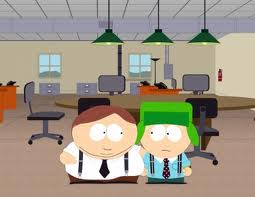 Campus Socialites, it’s finally Summer; girls around the country are starting to get on the ASU Sorority girl diet, and your favorite writer is back in action…. does it get any better? Usually I would write about the debauchery that I personally encounter at Frat parties or the local college watering hole, but today I had to go after the debauchery going on behind the closed doors of the NCAA. I have been an ESPN The Mag subscriber since the magazine first rolled out and a huge fan of Comedy Central’s golden child South Park. These two reliable media sources and entertainment outlets both brought up the same issue this week: how the NCAA is the biggest joke around. The scandals, free labor and crack babies are only the start of the humor. Check out after the jump why the NCAA needs to change, or Trey Parker and Bill Simmons might be the new commissioners behind college sports.

In case you missed it this week, let me give you a quick recap of ESPN The Mag and South Park. To start, ESPN’s cover has the famous Ohio State vest worn by head coach Jim Tressel, but instead of the Buckeye’s logo it has an emblem that says “BUSTED.” Ohio State has been one of the many programs over the past year that has faced heat for players violating NCAA rules and taking cash in return for Buckeye Swag. A twenty year old kid trading memorabilia for a free tattoo resulted in a direct five game suspension from the NCAA, not to mention Tressel allegedly knew about all violations eight months before the university officials found out…which coincidentally turned out to be the start of the college football season.

San Diego point shaving, Oregon, Tennessee and LSU recruiting violations, UNC improper benefits  and character issues with athletes across the nation. In an age of economic struggle and competitive nature, the NCAA basically sets up these students to fail, which virtually will have no effect on the big wigs but can cost a player his or her athletic career.  If you have not seen the classic 90’s hoops film Blue Chips (a collegiate basketball program corrupted by cash) I highly suggest ordering it on Netflix. Nick Nolte became an instant hero at the end of the movie and foreshadowed the current NCAA downward spiral. 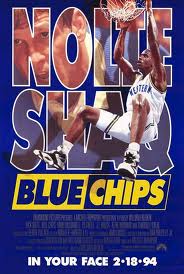 Shift focus for a second and turn to last nights episode of South Park, where Cartman and Stan run a new age sports league called the Crack Baby Basketball Association. Deficient Babies pinned against each other to see who can feed their addiction and get the crack rock first… pure television gold. Instead of caring for these babies they exploit their talents (in this case an addiction to crack) and use it as a cash cow with a percentage going back to benefiting the babies but the lions share going to owners.

The episode featured Cartman and Butterz visiting the soon to be mother of a crack baby and offering her free crack and full ride for the baby to be born at a hospital and play for their team in the CBBA. Cartman and Stan sitting in a hot tub full of KFC Gravy, Baller dinners each night of the week and a wardrobe fit for Wall Street…not to mention the EA Sports plug which brought a nice paycheck in for everyone except the crack babies.

Before you get all sentimental and say how uncalled for and distasteful this episode is, take a step back and see the underlying message.  Money pouring in at the top to owners, commissioners,  and big business affiliates while the athletes see nothing and are only glorified until the next recruitment class takes over. The NCAA and programs across the country and targeting these work horse athletes at a young age and reaping all the benefits. 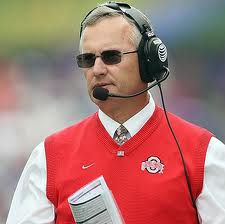 Who is to blame? The athletes busting their ass in the weight room and on the field, then attending classes while watching their peers enjoy the best four years of their lives? I promise you drinking four days a week, being surrounded by gorgeous girls and sleeping to noon everyday is as glorious as it sounds. Or maybe the underclassmen leaving school early for the pros? Eight figure contract, sneaker deal, national spotlight and a date with Kim Kardashian…not too shabby. But the NCAA is probably right. These student athletes should risk injury and stay in school for four years and walk out with a pat on the back and empty pockets. Think again. This one completely falls on the NCAA and the politics behind the league. The suits up top and alumni boosters are playing the system like a game of chess- to quote Denzel Washington in Training Day, “This shit’s chess, it ain’t checkers”. 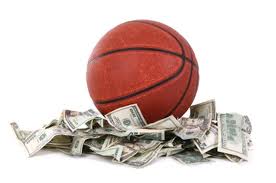 It’s time to change the system immediately. These athletes need to begin seeing a profit share for the work they are doing and the NCAA needs to quit the bullshit and stop slapping these players on the wrist for petty nonsense. If things don’t change over the next few years college athletics (especially football and basketball) are going to go way downhill, the talented players will all jump ship after one year or play overseas and then count their money on draft day. The four year athletes walk out of school with banged up knees, broken wrists, concussions and not a dollar in their pocket. Taken directly from this month’s ESPN The Mag:

“The NCAA will suck. Thank Brandon Jennings for that. He skipped college for the Italian league, and now he’s one of our top guards. More young ballers will follow his lead and get their educations later. Why work for free and let a school earn millions off you if you don’t have to?”

Crack babies, recruiting scandals  and gravy filled hot tubs….think its entertaining now just wait until the intramural teams are better then the so called scholarship players. Someone send the message to the executives in the NCAA they might  have missed the news this week…I hear satellite cable  on yachts doesn’t come in too good.